Valley of the Temples

Valley of the Temples tickets and tours

In Sicily enjoy a cultural and naturalistic adventure in the Valley of the Temples, declared an UNESCO World Heritage site since 1997. View one of the...

In the top 5 attractions for Agrigento

Filter by:
All
Guided Tour
Tour with audio guide 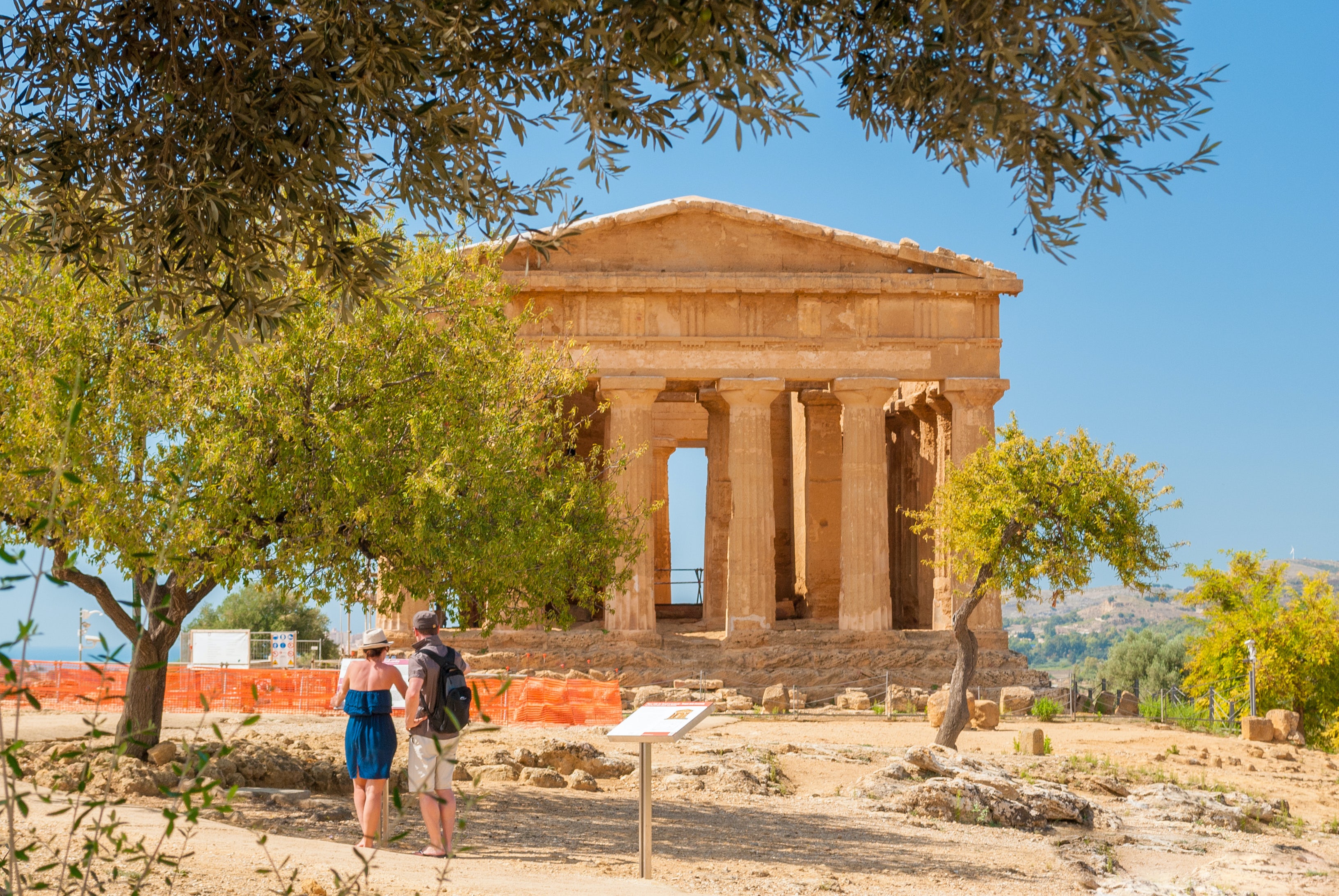 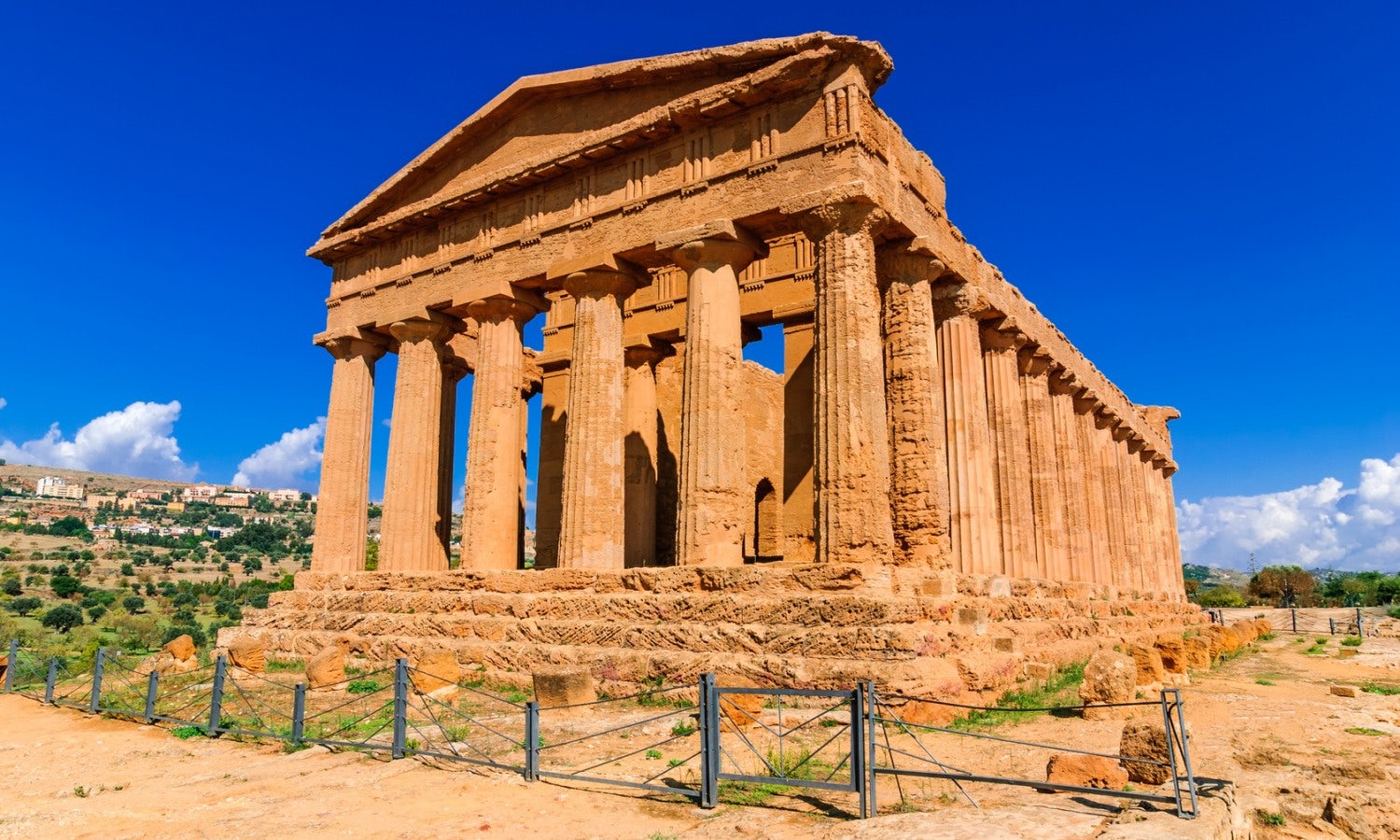 Walking tour of the Valley of the Temples

Treat yourself to a real journey into the past, into a story that will leave you breathless! The Archaeological Park of Agrigento, in Sicily... 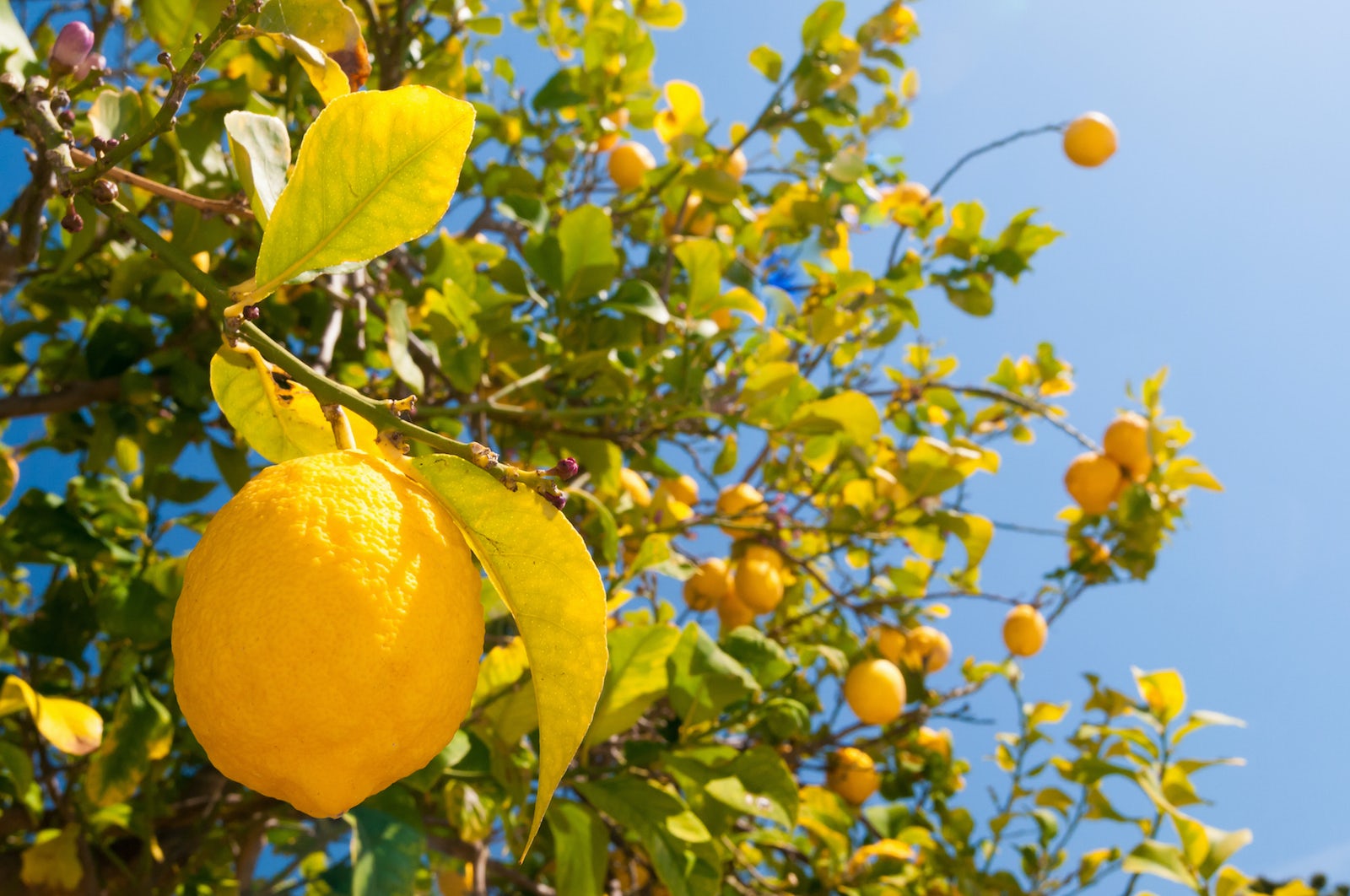 The Valley of the Temples is an archaeological site in Agrigento (ancient Greek Akragas), Sicily. It is one of the most outstanding examples... 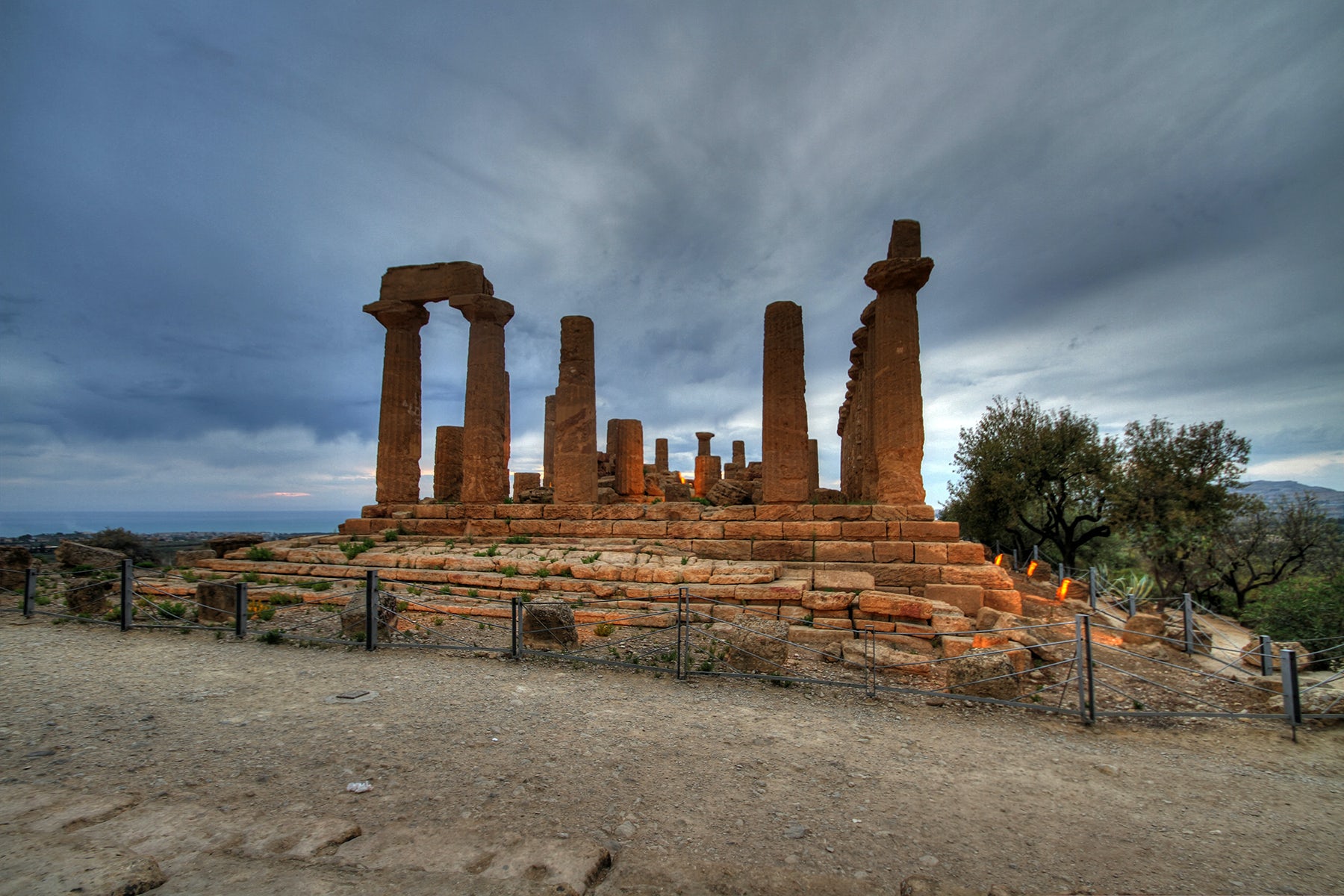 Private tour: Valley of the Temples and Archaeological Museum of Sicily

Through this tour, you will have the chance to admire the magnificent Doric temples of the sacred hill, as the Temple of Hera (Juno), the Te... 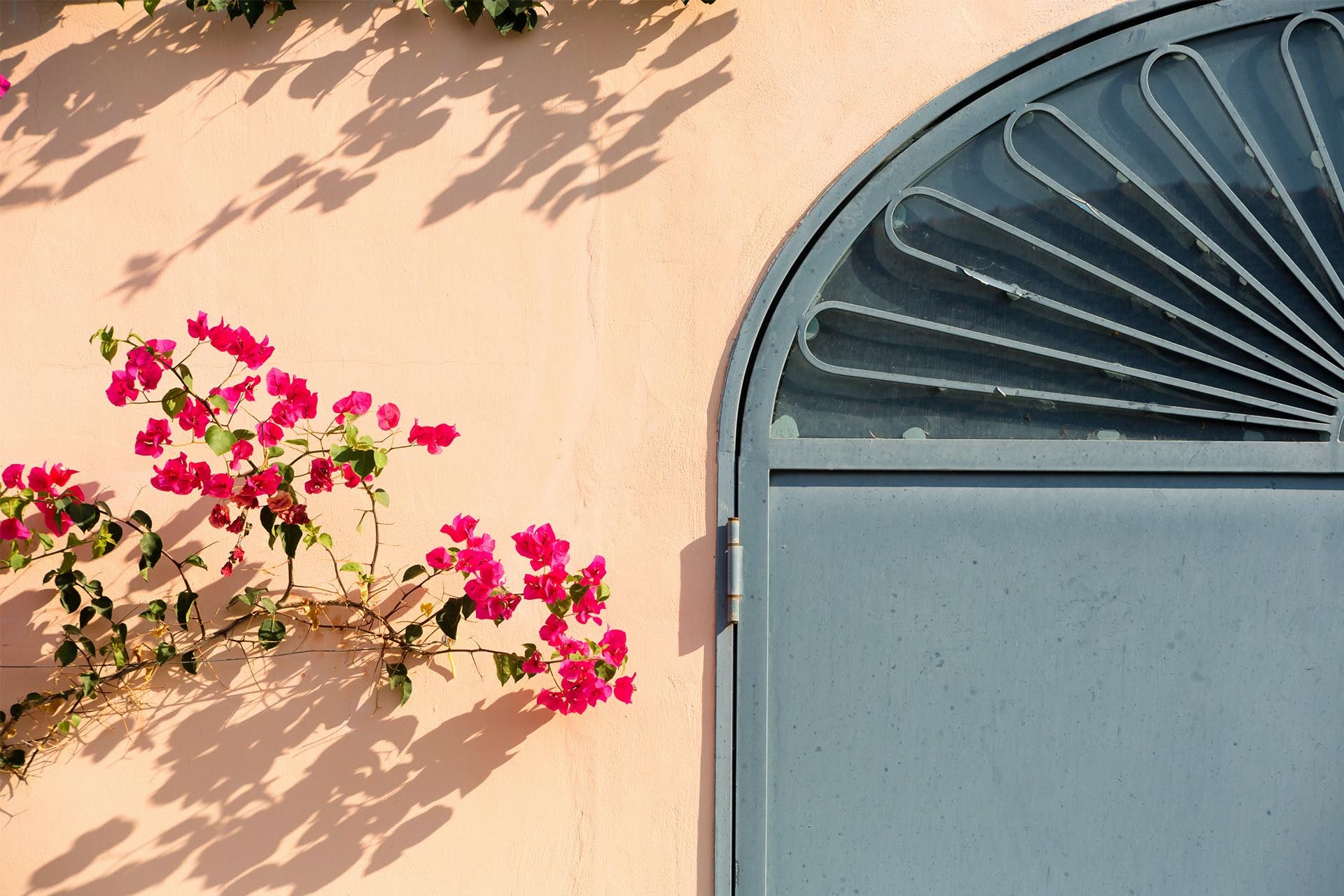 Planeta brings together five estates with wineries located from west to east throughout Sicily. It is also a new way of thinking and concept... 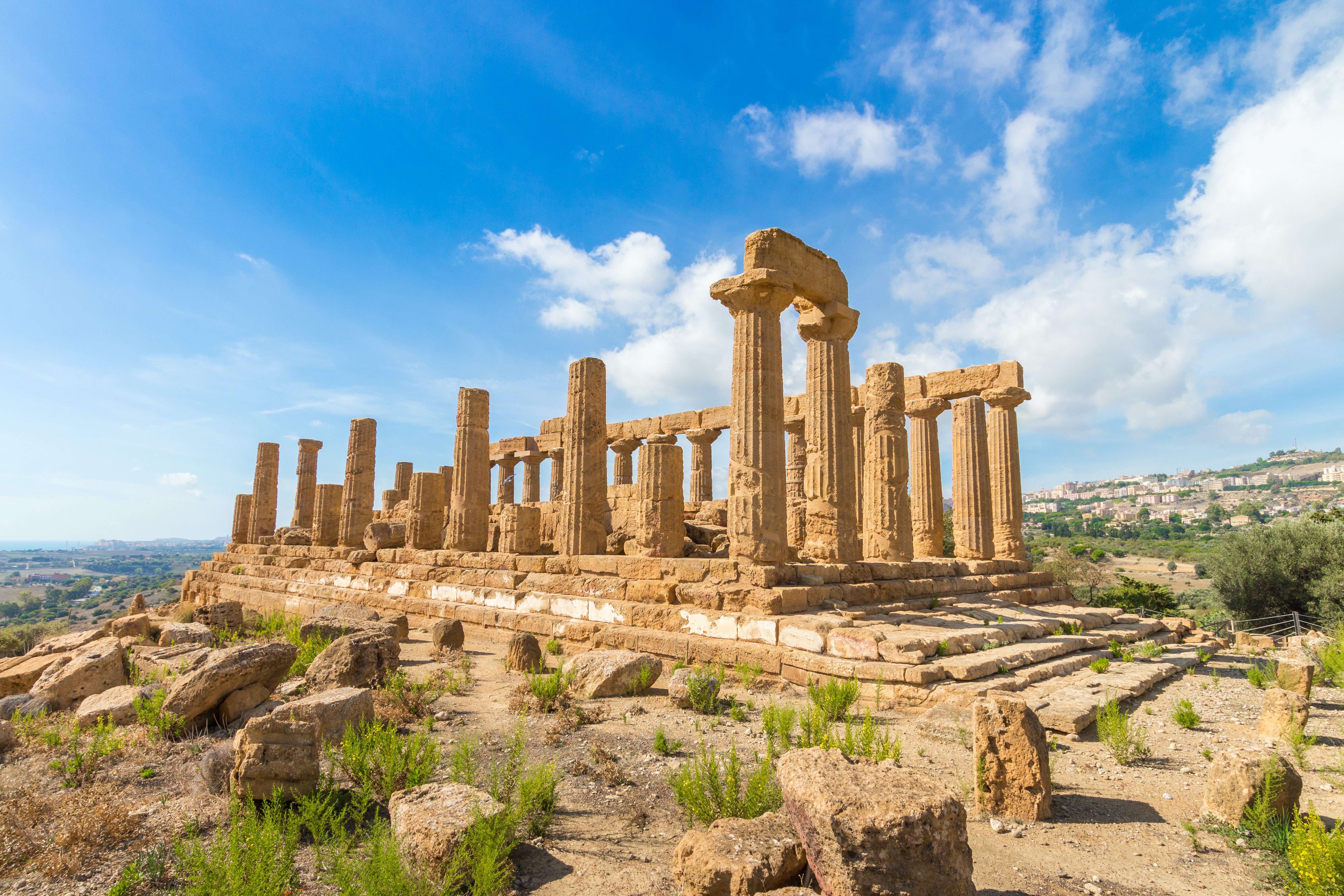 Full-day guided tour to Piazza Armerina and Agrigento from Palermo

The tour will start from the meeting point located in Palermo city center. The driver will pick you up and will start driving in direction o... 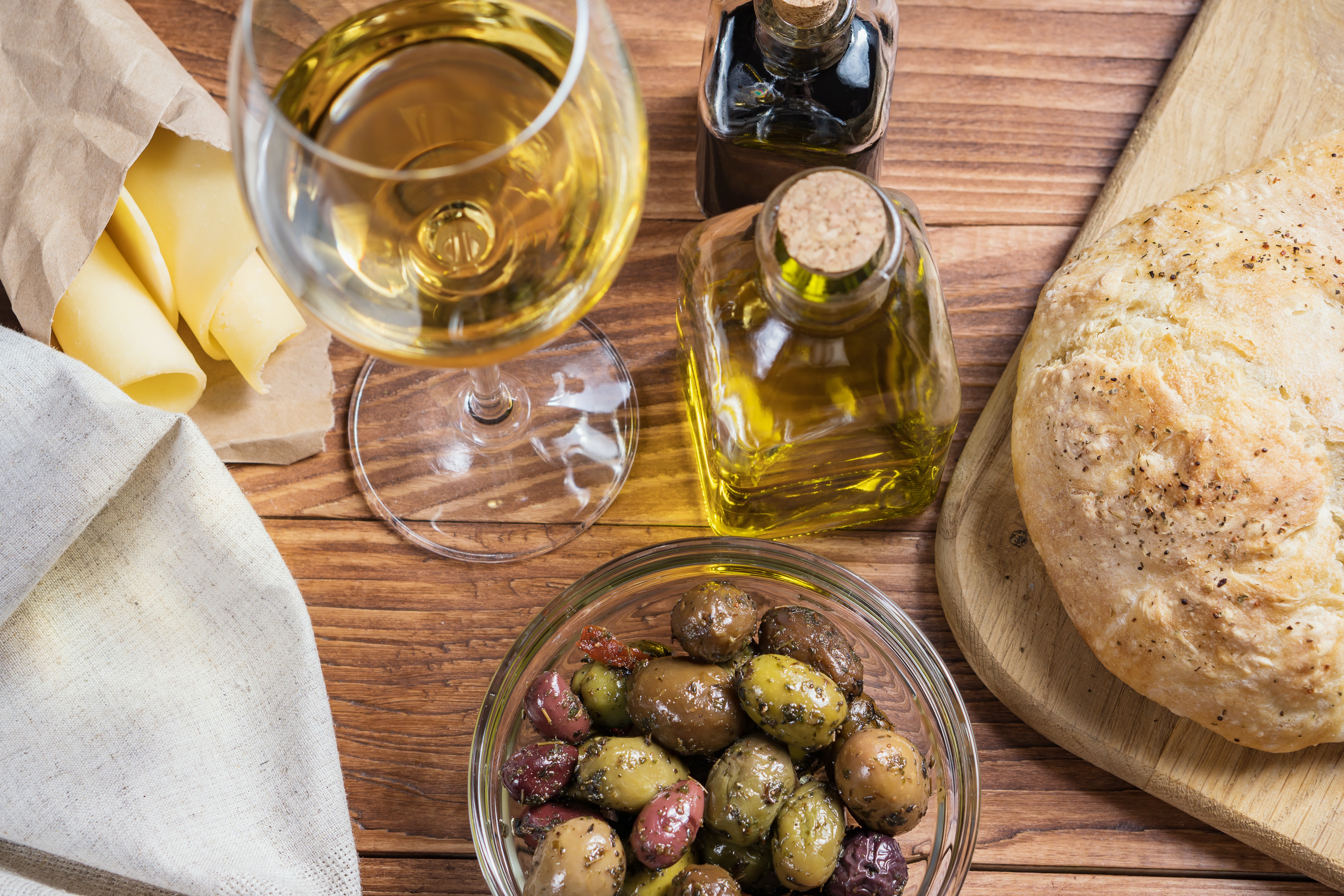 The Di Giovanna winery is located in the beautiful Monte Genuardo Nature Reserve.Experience a sensor... 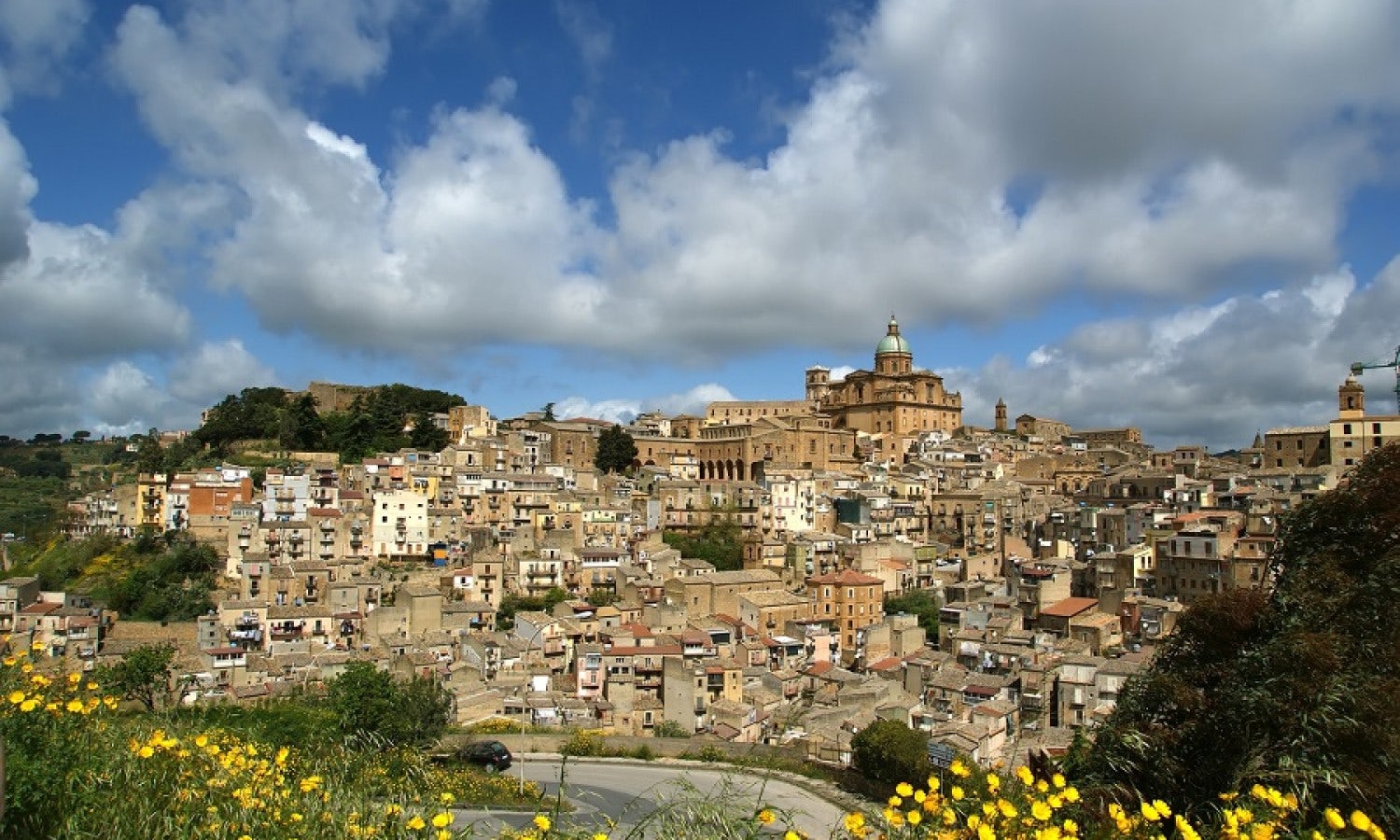 Agrigento settles on the acropolis of the ancient Greek city. Its urban plan combines 25 centuries o... 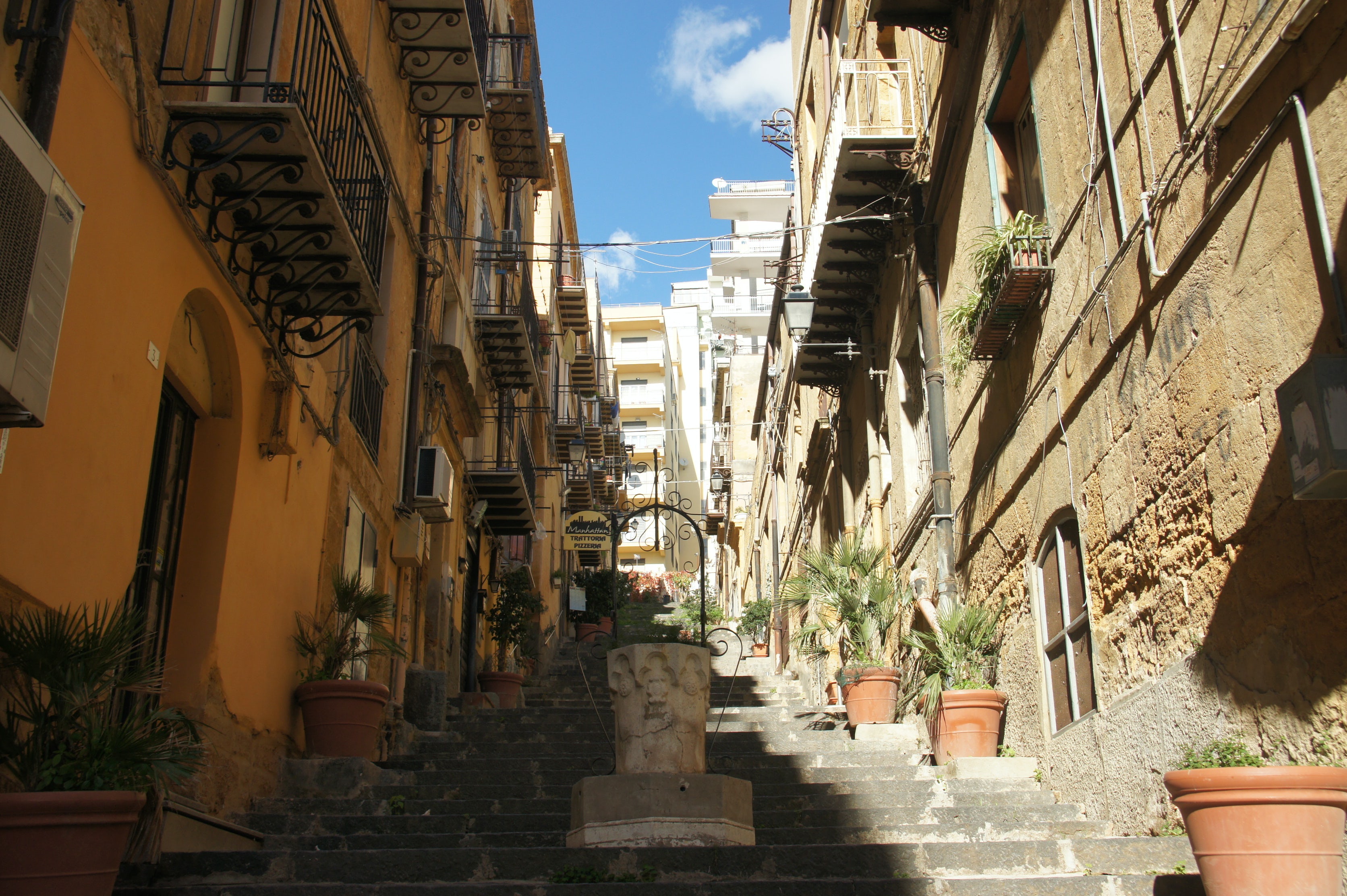 This 2-hour private guided tour starts from Porta di Ponte and winds its way along the Via Atenea, t... 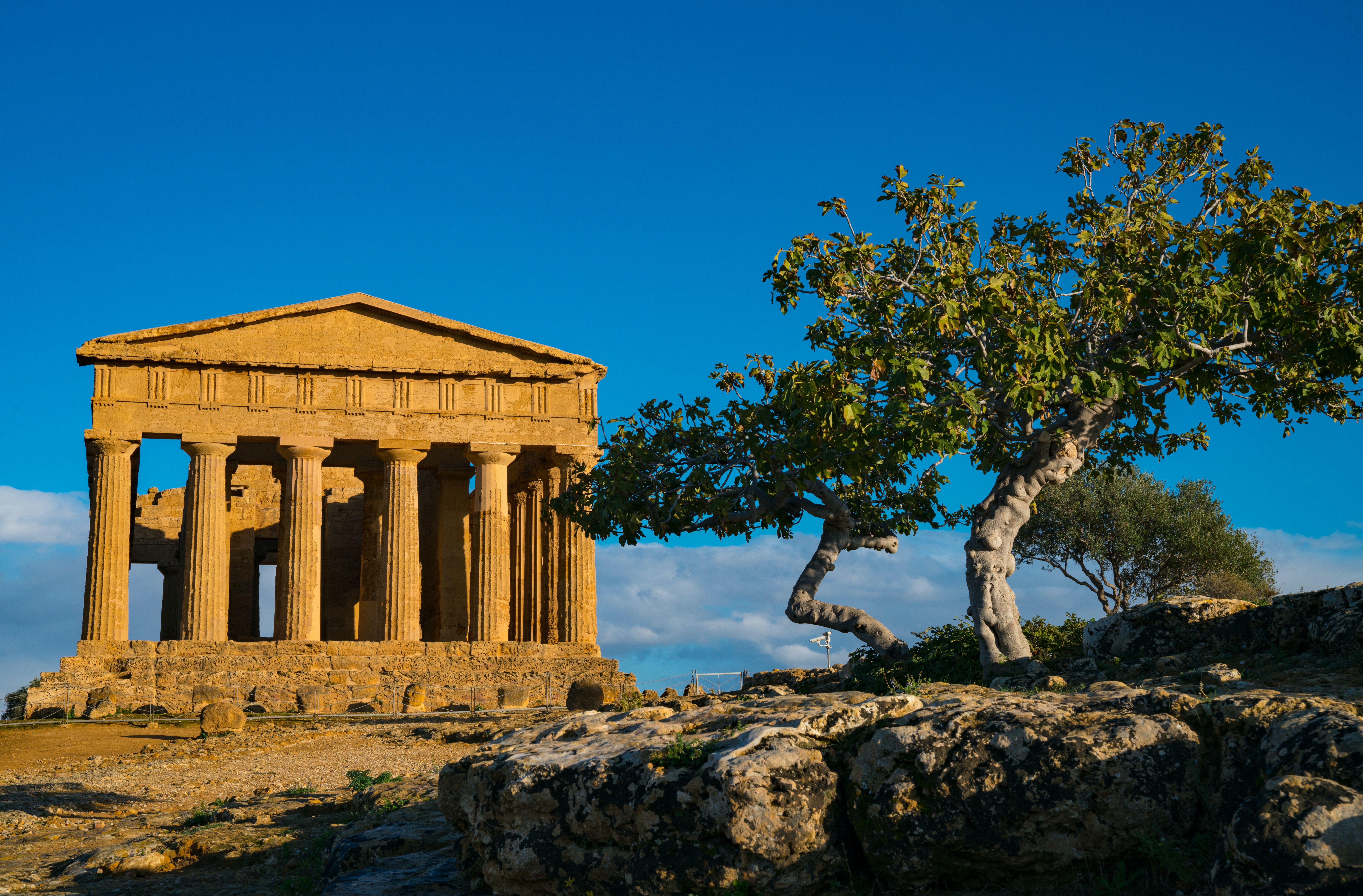 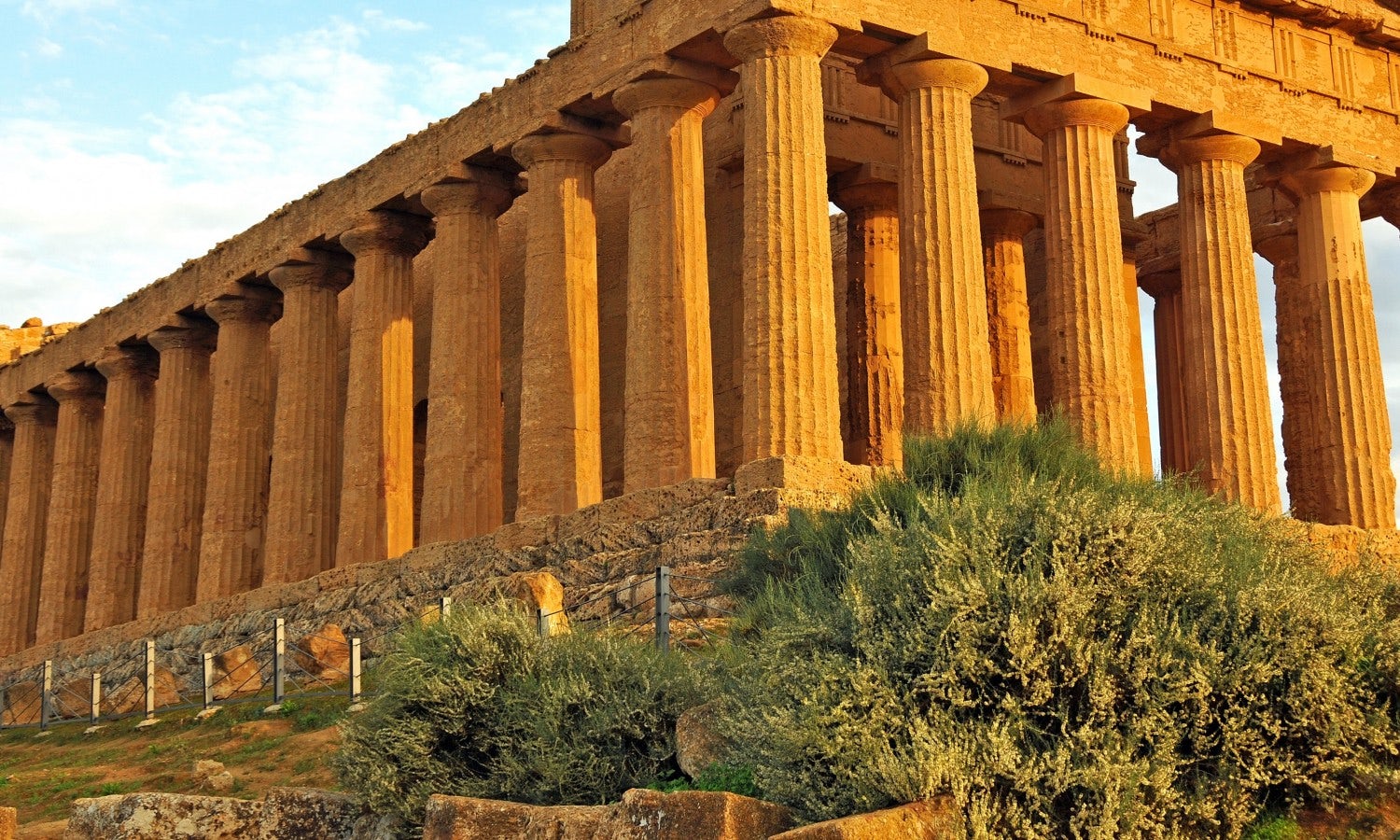 Agrigento
View all experiences in Agrigento

In Sicily enjoy a cultural and naturalistic adventure in the Valley of the Temples, declared an UNESCO World Heritage site since 1997. View one of the world’s most alluring archaeological parks misleadingly called “Valley,” featuring Greek temples perched upon ridge tops. Arrive to Agrigento, the closest city located 2 miles away, by sea to see the ancient ruins with the hilltop-city backdrop, creating one of Europe’s unmissable vistas.

This large archaeological area encompasses over 3,000 acres filled with 8 temples in Doric style, a medieval necropolis, sanctuaries, tombs and an Olympian field. The city, supposedly founded in 582 BC, became prosperous and was one of the most important and culturally-advanced Greek cities in the Mediterranean. Bring your walking shoes and set aside at least three hours to explore both sections of the park divided into the Eastern and Western zones.

Park in one of the two lots located near the Porta Quinta-Sant’Anna ticket office in Contrada Sant’Anna on Via Caduti di Marzabotto or the Temple of Giunone ticket office in Via Panoramica Valle dei Templi. Enter the grounds daily from 8.30am to closing at 7.00pm and pick-up a guide book with your ticket to better understand the park or a join a tour of the park offered in audioguide, guided group or private experiences. Don’t forget a bottle of water and sun protection, particularly for the summer months. From July to September don’t miss the opportunity to enter the site at their extended hours from 7.00pm to 23.00pm to marvel at the ancient city illuminated against the starry night skies!

Begin at the eastern half of the Valley of the Temples where you will find the best-preserved and impressive areas of the ruins containing 3 temples from the 6th century BC. Temple A, also called the Temple of Herakles is the oldest in the park and originally held a bronze statue of Hercules. Nowadays, you will only view 8 of the 38 columns remaining after wars and natural disasters.

Continue westward through an 800-year old olive grove and past Byzantine tombs to the next temple along the ridge, the Temple of Concordia (or Temple F). This is the highlight of the site from 430 BC, with a monumental structure still intact largely due to its early conversion into a Christian church in the 6th century dedicated to the apostles Peter and Paul. Translated from Greek as the Temple of Harmony, the Concordia stands with a 6 columned facade and flanked on the sides by 13 columns, with the fallen statue of Icarus in front.

At the far end of the hill, there’s Temple D, also called the Temple of Hera or Juno. There are some standing columns, the remains of a huge stone sacrificial altar, and steps where the masonry still shows traces of the fires from 406 BC when Akragas was conquered and sacked by the Carthaginians.

Cross a suspended footbridge connecting the Eastern Hills with Temples of Hera, Concordia and Herakles to the lower area with Temple of Jupiter, Castor and Pollux and the Sancturay of Chtonian deities on the Western side. On this side of the road you’ll find the remains of one of antiquity’s largest temples, the Temple of Olympian Zeus. The ambitious building was probably never completed and was likely damaged by the Carthaginian invaders. However, a model of the most convincing recreation can be seen in the archaeological museum nearby.

Head to the Garden of Kolymbethra, situated between the Temple of Castor and Pollux and the Temple of Vulcano, where old Roman pools used for aquatic games were converted into a lush landscape. After years of abandonment, the Fondo Ambiente Italiano (FAI) has restored the garden to its former beauty. Including a wonderful variety of flora with myrtle, lentisk, terebinth and broom bushes, willow and white poplar trees, ancient varieties of lemon, mandarin and orange trees, mulberry bushes, prickly pears, and carob, almond and ancient "Saracen" olive trees.