Ostuni, Alberobello and Polignano a Mare day tour from Lecce

based on 7 reviews
Home / Lecce / Ostuni, Alberobello and Polignano a Mare day tour from Lecce

Availability: From Monday to Saturday

Ostuni, a typical village in the province of Brindisi located on the foothills of the Murge plateau, constitutes, along with Santa Maria di Leuca, Otranto and Taranto, one of the most famous places of the Salento peninsula. Also known as the White City because of the characteristic color of its houses, Ostuni rises to over 200 meters above sea level. In the old town of Ostuni, called by its inhabitants "The Land" to distinguish it from the more recent “marina”, the houses climb up the steep slopes of a hill and the village is characterized by a tangle of winding streets, a succession of squares, alleys and courtyards. On top of the hill, it stands the Cathedral and the Bishop's Palace.

Alberobello, the trulli village, is a UNESCO world heritage site: the trulli are remarkable examples of drywall (mortar less) construction, a prehistoric building technique still in use in this region. The trulli are made of roughly worked limestone boulders, collected from neighboring fields. Characteristically, they feature pyramidal, domed or conical roofs built up of corbelled limestone slabs.

Stone street, calm plazas and mystical sea caves make Polignano a Mare one of the most charming coastal towns in Italy.

From Monday to Saturday at 9.30am. 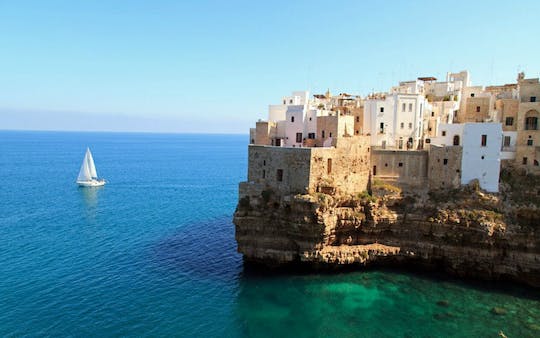 Ostuni, Alberobello and Polignano a Mare day tour from Lecce
(7) 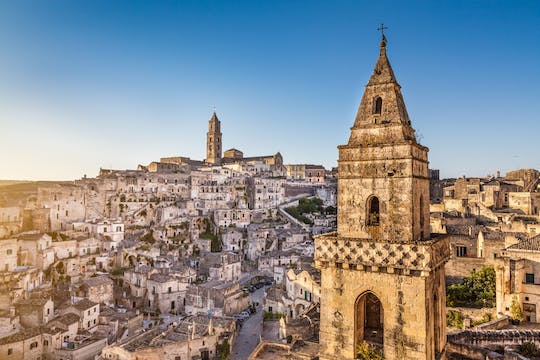 Take a full day tour of Southern Italy to experience the region’s traditions, food and landscapes. A... 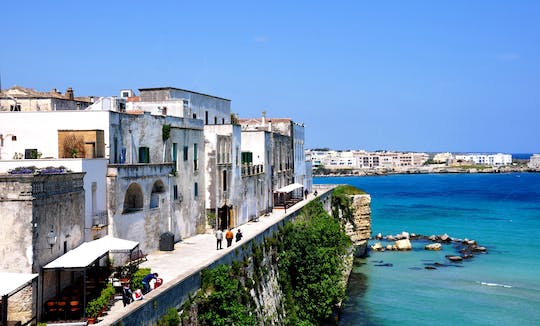 Otranto and Gallipoli tour from Lecce

Otranto is the "Gateway to the East", the easternmost point of Italy, overlooking the strait that be... The tour starts having a panoramic view of the main attractions of the old town such the charming Sa... 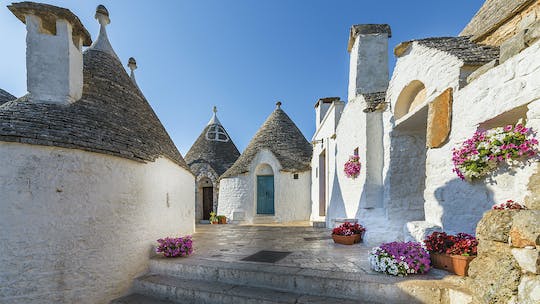 Tour of the villages in Itria Valley from Lecce

Where the Murgia plateau ends, begins Valle D'Itria, a green valley halfway between the Adriatic and... 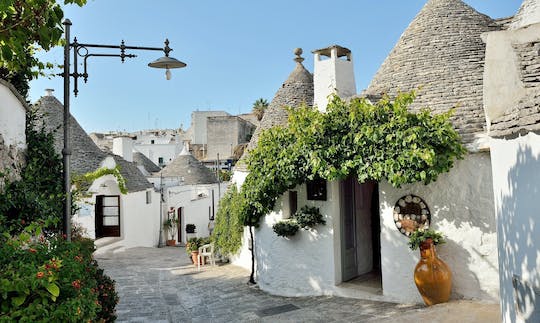 This tour will give you the opportunity to visit independently three significant villages in Puglia:... 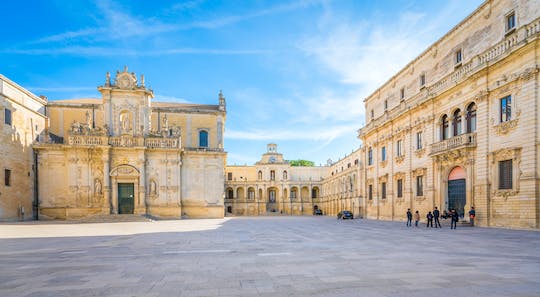 The secrets of Barocco walking tour of Lecce

Join a fascinating tour through the history of Lecce from the old Messapian and Roman times to the s... 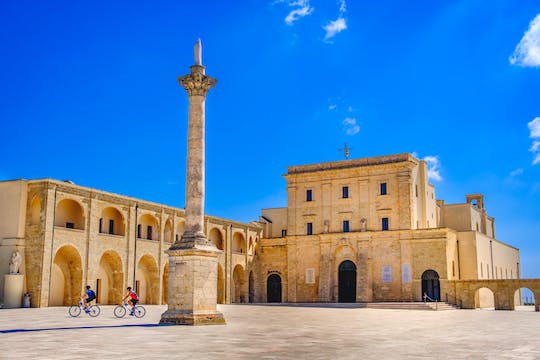 This tour will give you the opportunity to visit the four most significant towns in Salento: Galatin... 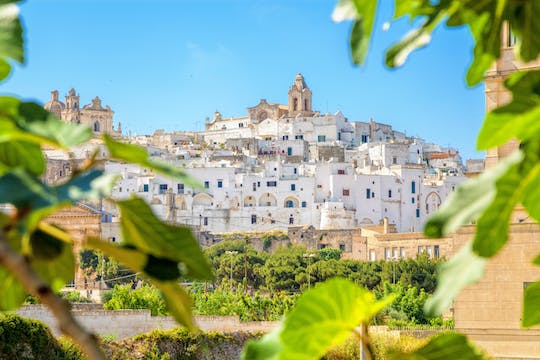 This tour will give you the opportunity to discover the Itria Valley, an area characterized by the p... 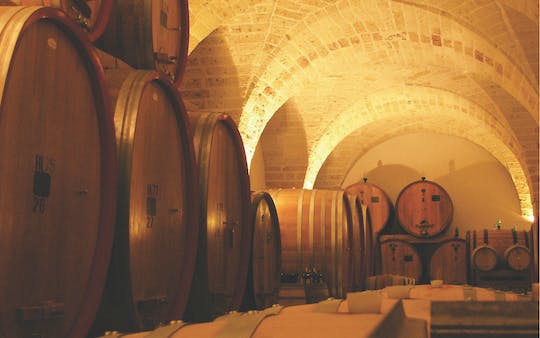 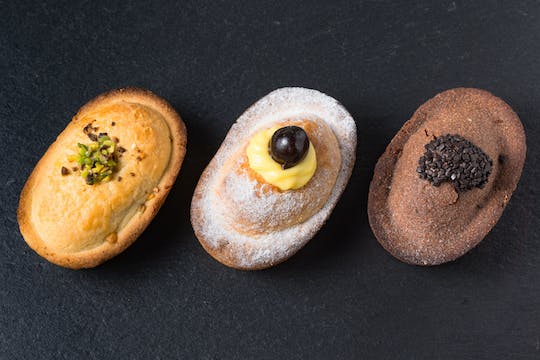 Don't miss the opportunity to learn more about Lecce's cuisine during your stay in the city. Visit t...