Get a unique perspective on the main points of Seville by taking this tour of the historic centre of the city. Let your guide take you through the starting point in Torre del Oro and from here, follow your guide through the streets of the old town passing by the Torre de la Plata, the Torre de Abdul Aziz, and the Casa de la Moneda on your way to the Archivo de Indias.

After this, admire the Cathedral façade, where the guide will highlight some of the architectural elements used in its construction. From here, you will head to the Alcazar of Seville where from the outside Patio you can learn more about this building's and the people that used to live in it. It is also one of the most famous scenarios of Game of Thrones.

Next, head into the Barrio de Santa Cruz neighborhood and get to know its legends and how it has been influenced by 3 cultures. Discover how Muslims, Jews, and Christians have all lived in this neighborhood and shaped its history.

After taking a look at the beauties that surround Seville’s historic center, you’ll be taken to Casa de la Guitarra, the most popular place to watch a flamenco show with live music!

Meeting point:
At the Torre del Oro, Paseo de Cristóbal Colón, s/n
What to remember
Read more
Provider
Amigo Tours
Booking fee
Good news! No extra fees are applied to this booking.
Cancellation policy
Receive a 100% refund if you cancel up to 1 day before the experience begins. 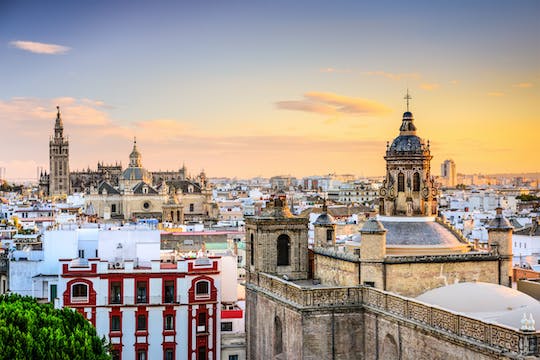 Mobile voucher accepted
from:
£16.00
Sorry, it's sold out
Unfortunately all tickets have been sold out for this event

Games of Thrones and Roman Empire Italica tour in Seville

Explore the main monuments of Córdoba with a guided tour. Visit the Mosque-Cathedral, the Christian Kings Alcázar, the Jewish Quarter and the Synagogue.

Duration up to 10 hours
Available in:

Book now a guided tour to discover the Real Alcázar of Seville, one of the most beautiful palaces in Spain and an outstanding examples of mudéjar architecture. 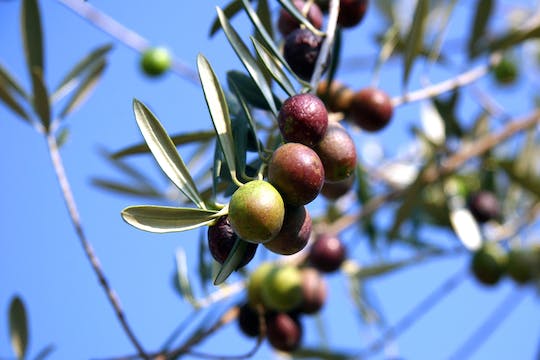 Visit an olive oil farm near Seville and discover one of the most important industries in Andalusia with an exclusive tasting of different local varieties. 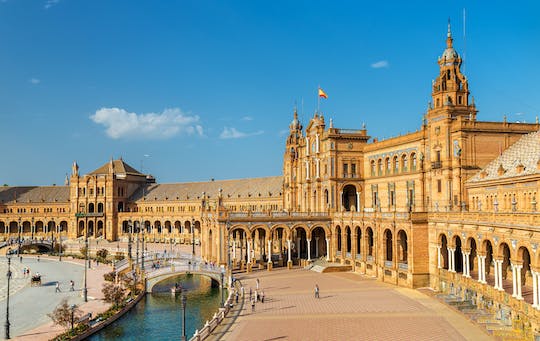 Discover the main highlights of Seville with this private tour for your group. Walk around the city and see the most important landmarks of the Andalusian capital.