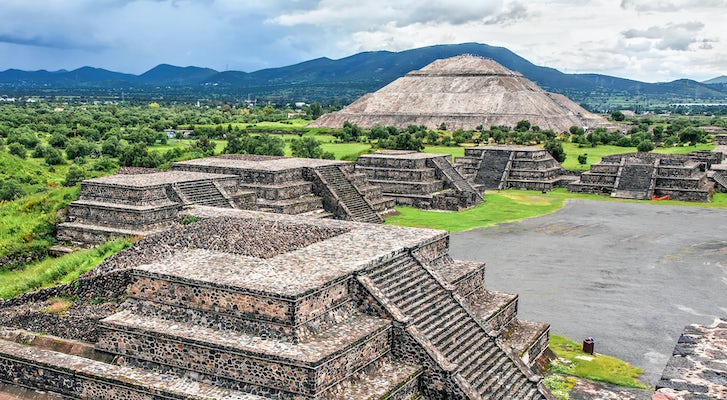 Home / Mexico City / Sunrise at the Teotihuacan Pyramids and visit of the Basilica of Guadalupe
Availability: Monday, Wednesday & Friday

Join this full-day tour to visit two of the most enigmatic and interesting places in Mexico: the Pyramids of Teotihuacan and the Basilica of Guadalupe.

At the beginning, we will head to the north of Mexico, taking the route in direction of Teotihuacan, located at 45 km distance from Mexico City. We will arrive earlier than most of the tourist coaches that crowded this place normally. You will enjoy the tranquility of the "City of the Gods", as it was called by its ancient settlers. Teotihuacan is undoubtedly one of the most impressive places in the Mesoamerican world, due to its majestic buildings and advanced urbanization. One of the most amazing moments will be to walk till the base of the Pyramid of the Sun, and be impressed by the beauty and harmony of this magnificent building.

The “Calzada de los Muertos” is the main artery of the city and also the starting point of the residences, temples and other buildings.

After the visit, there is 30 minutes free time for photo ops, shopping or other activities. At 12.00pm, you will head to a restaurant for a Buffet lunch (included in the price, only the beverages are not included).

At 14.00pm, you will return to Mexico City to visit one of the most visited pilgrimage places in the world: the Basilica of the Virgin of Guadalupe. Here you will discover part of the syncretism resulting from the mixture of religions and beliefs of the people of Mexico. The visit will be unforgettable and full of emotions. The old and the modern Basilica stand together on the same place. Inside the modern Basilica you can admire the original 16th century "Poncho" dressed by the Indian Juan Diego and in which the image of the Virgin of Guadalupe was captured during her last appearance. The modern Basilica was constructed by the prestigious Mexican architect Pedro Ramírez Vázquez. At the end of this visit, you will head back to your hotel.

Pick up at your hotel. The pick up is available for hotels located in the following areas: Centro, Reforma, Zona Rosa and Polanco

What to remember
Read more
When
Read more
Provider
JULIA TRAVEL MEXICO
Booking fee
Good news! No extra fees are applied to this booking.
Cancellation policy
Receive a 100 % refund if you cancel up to 1 day before the activity begins. 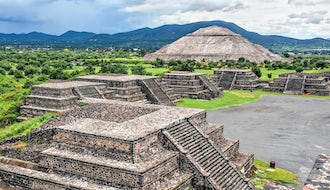 Printed ticket only
from:
£ 34 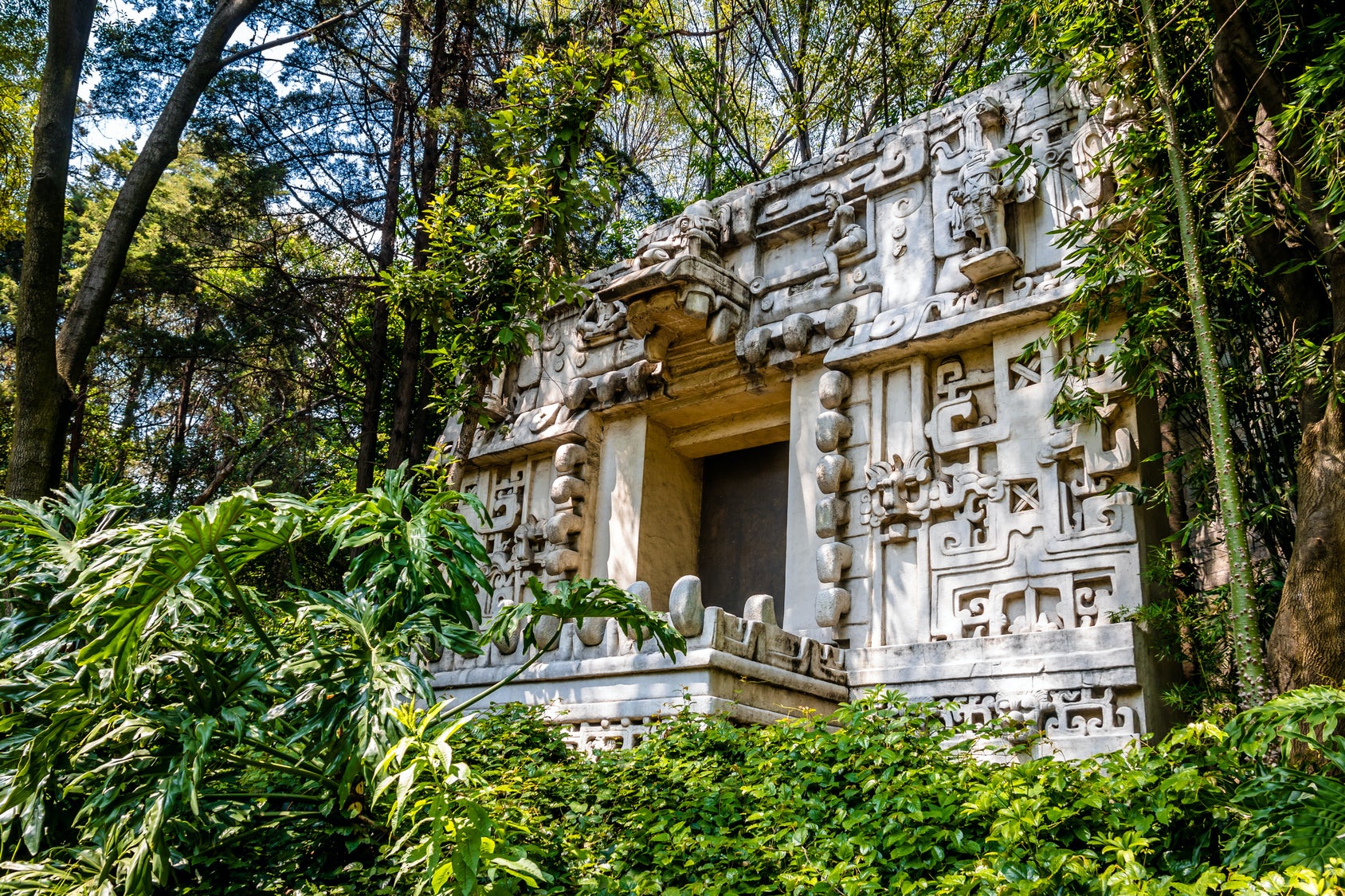 Mexico City is one of the most enjoyable destinations in the world. The historic centre was declared... During a trip in Mexico City, you can not miss this visit of the Frida Kahlo Museum. Mexico is famou... 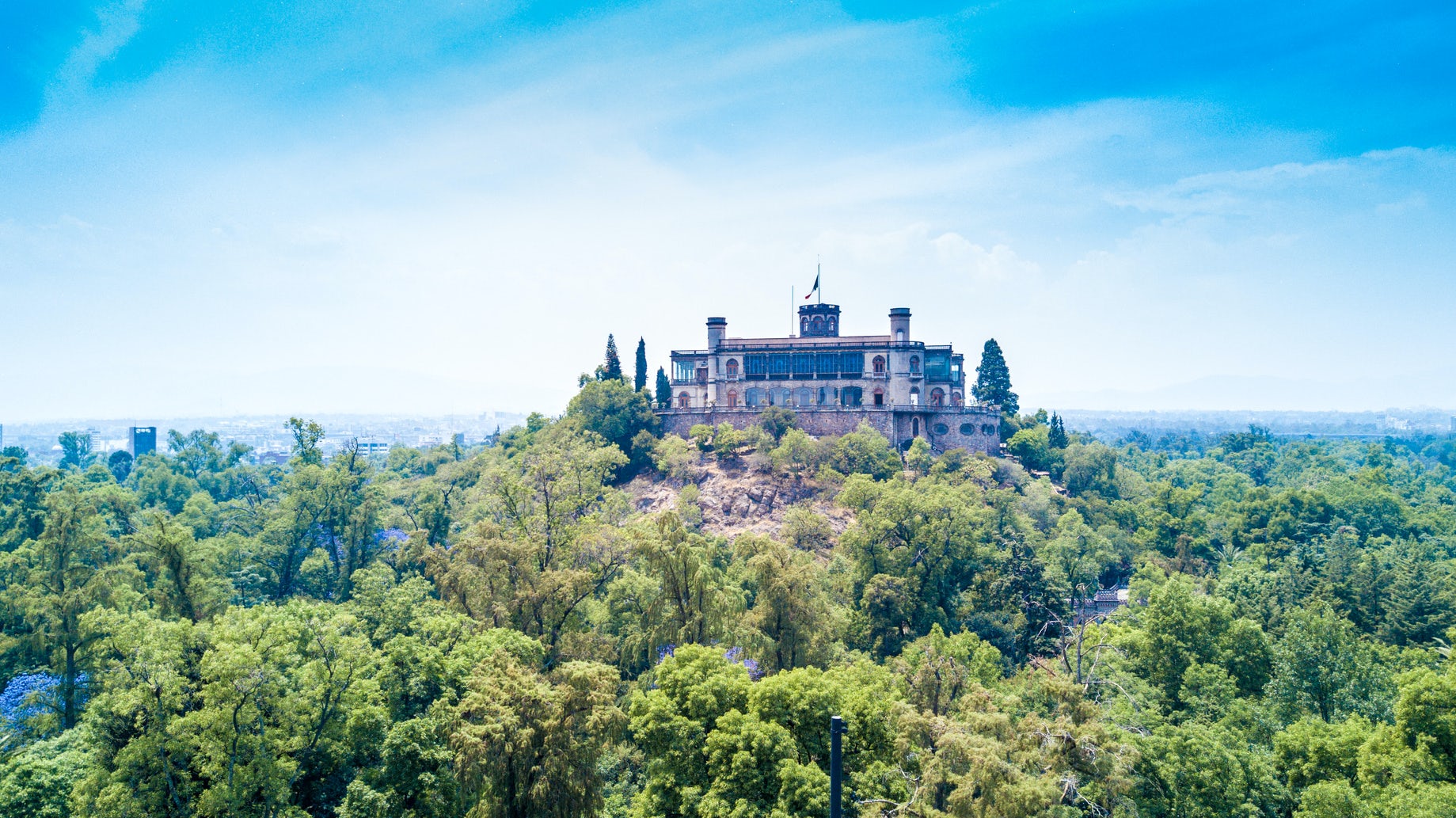 You will meet your guide and start your visit at our office Julia Travel. The first stop will be in ... This is one of our most colorful tours, not only for visiting the famous "Casa Azul" and seeing some... 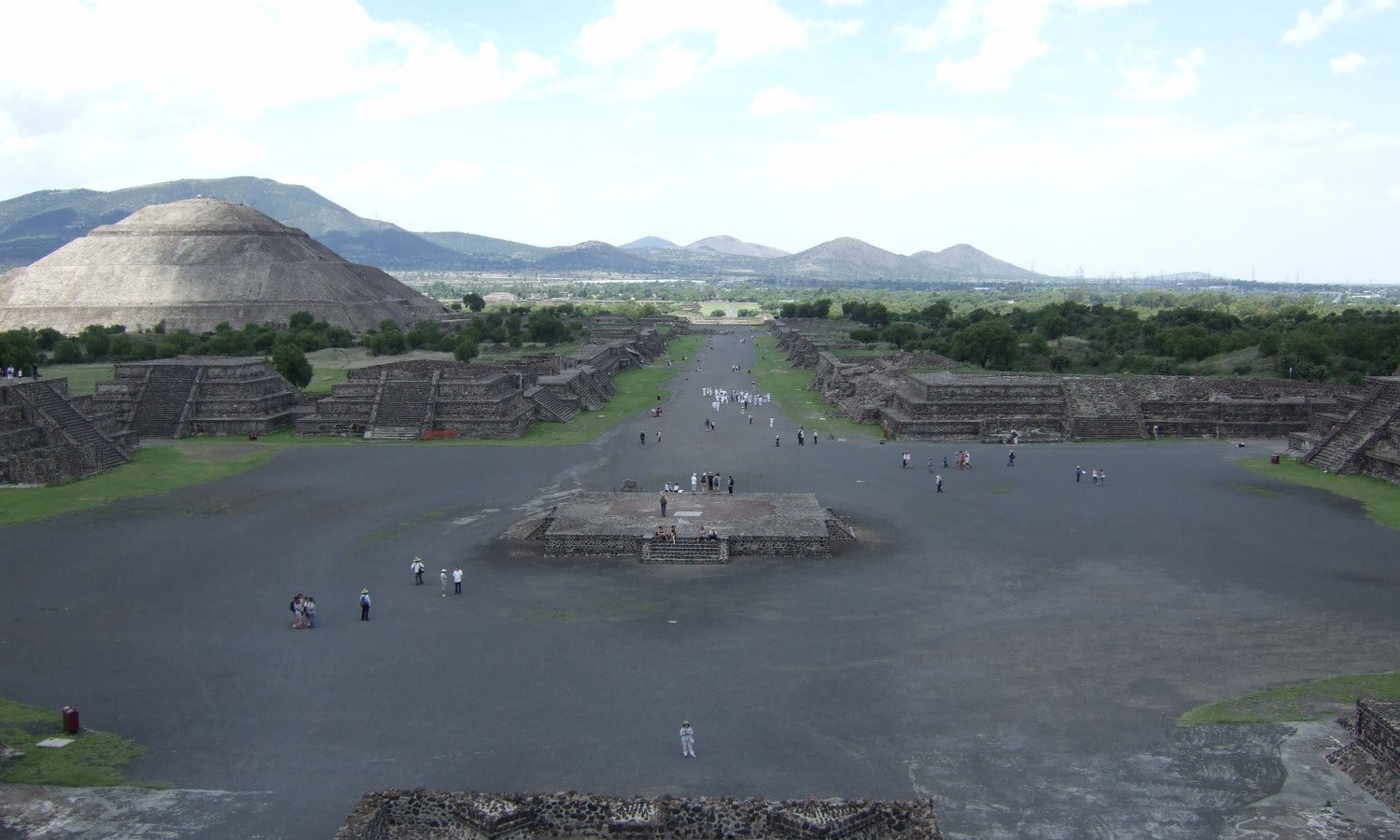 This is the best option to visit Mexico City in one day at your own pace. You can get on and off all... Take part to this unique tour to explore Mexico City and enjoy walking around its historical center.... 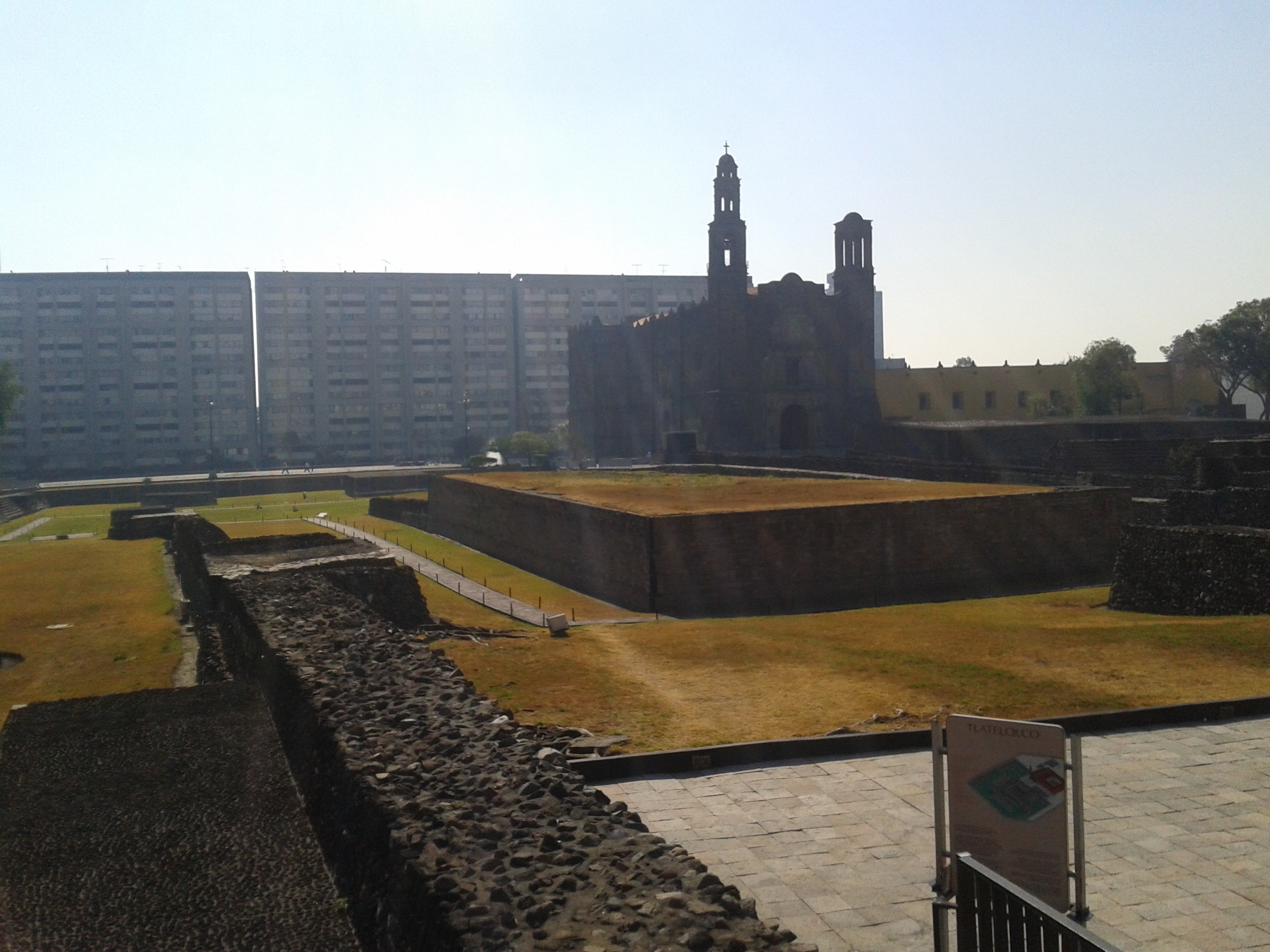 You'll be picked up from your hotel in Mexico City, where you'll visit the archeological zone of Tla... 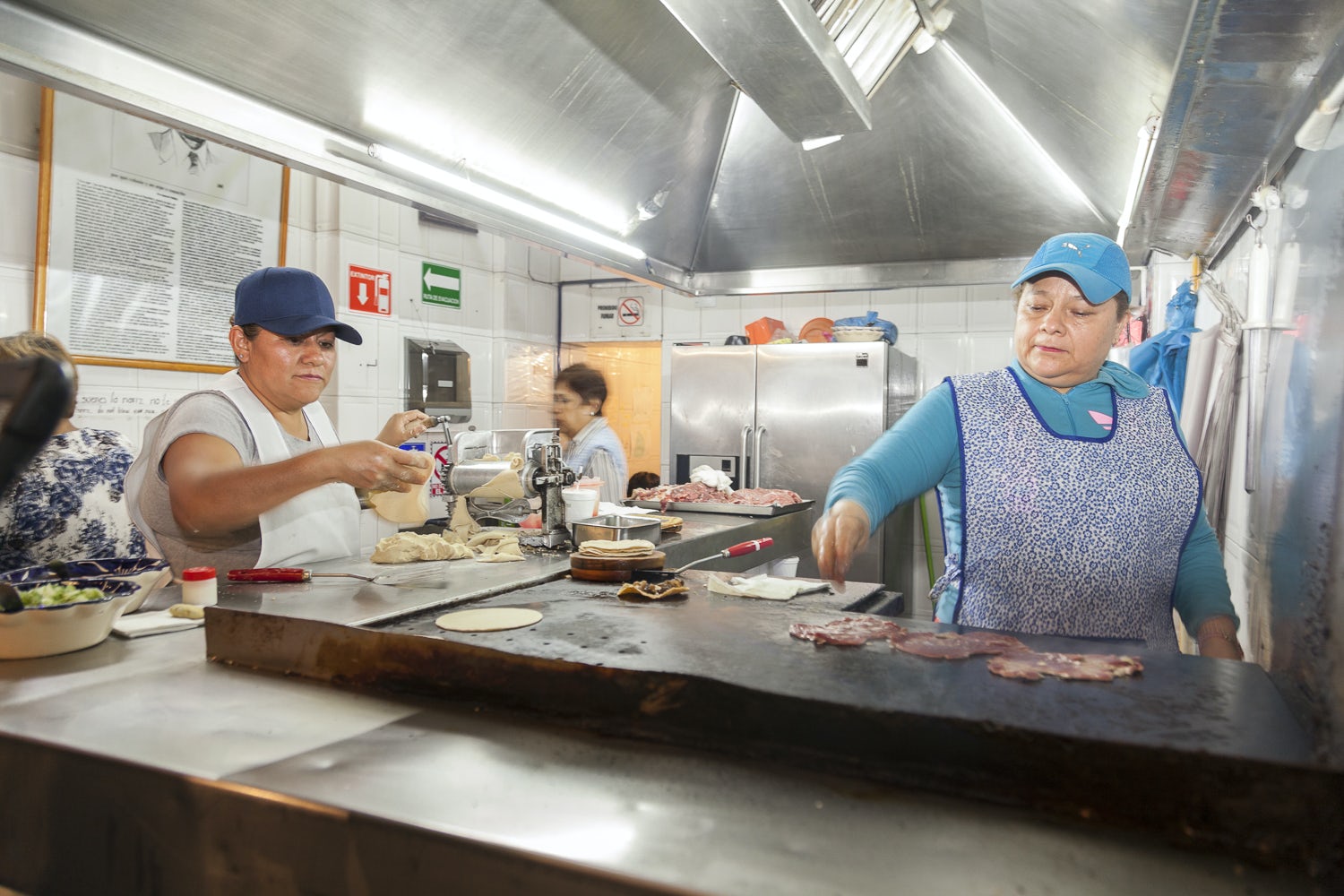 Enjoy a full-day tour and discover some of the most enchanting areas of Mexico City. Upon reaching t...

Mexico City
View all experiences
from:
£ 34