Spend the day exploring Essaouira from Marrakech. Formerly known as Mogador, Essaouira is reminiscent of an age when Spain, Portugal and England struggled to control their coasts. It is home to a traditional Portuguese harbor with fine examples of Moorish and Portuguese art. Famous for its fine wood-work, Essaouira is also home to the silver souk (commercial quarter), art galleries and islands.

Essaouira was discovered by the Phoenicians who settled there. Afterwards it was conquered by Rome and Portugal. By the end of the 15th century, the Portuguese had built the commercial and military port of Mogador (Essaouira today). This port is built at the foot of the city's ramparts. In 1769, the Navy built o door to connect the loading docks of the port to the city. From this door a small bridge leads to Skala Port and the ramparts that cut the old city into serveral districts.

In the medina, see Moulay El-Hassan Square, the Grand Mosque and Siaghine Alley. From the terrace of the north Bastion you can access the marquetry, where the Morocco's best marqueteurs work on cedar.

As you leave the confines of Skala, you will follow Derb Laalouj street to the Museum Sidi Mohammed Ben Abdallah. Here musical instruments, local Andalusian songs, Berber Imazighen documents, weapons, costumes, carpets, and more is displayed in the former residence of the Pasha. Located in the north of the city is the “Mellah”. This Jewish Quarter is crossed by the traditional Rue Mohammed Zerktouni. It is bordered by a market that extends to Bab Doukkala. During your stay, you will also be able to enjoy beautiful beaches full of sun year-round!

Read more
Provider
Gray Line Morocco
Booking fee
Good news! No extra fees are applied to this booking.
Cancellation policy
Receive a 100 % refund if you cancel up to 24 hours before the activity begins. 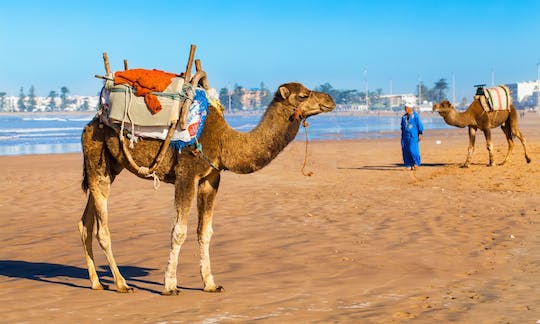 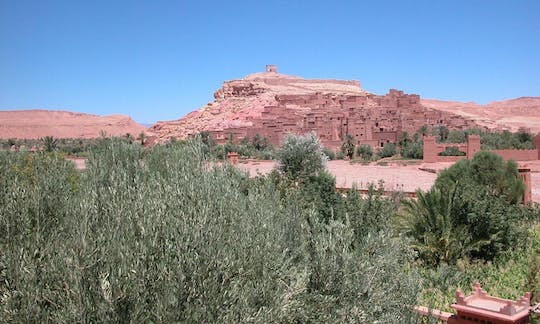 When travelling to Morocco, you might want to see a more authentic side of the country. Enjoy a pick... 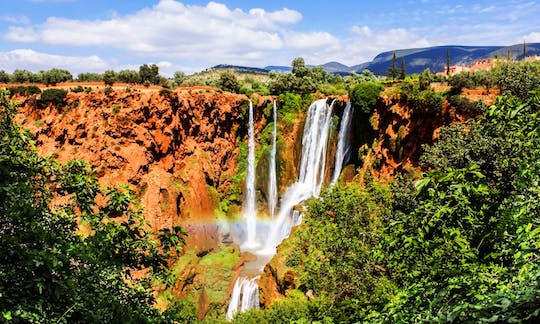 Day tour to the Magic Ouzoud falls from Marrakech

Visit the fabulous Ouzoud falls (330 feet), one of Morocco's exceptional destinations!Enjoy a wonder... 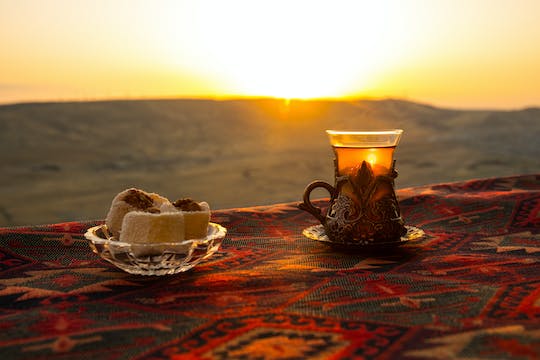 Traditional lunch in the Agafay desert from Marrakech

The day begins with pickup from your accommodation in Marrakesh at 11.00am and travels out towards t... 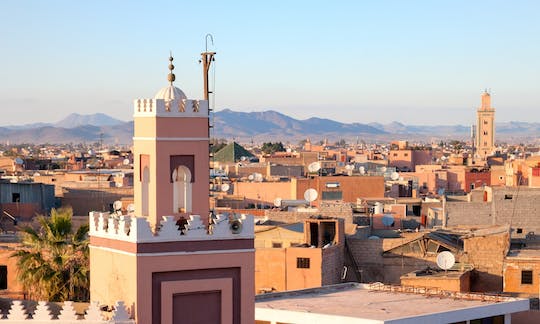 Marrakech is one of the most famous cities in Morocco and it is a real maze of narrow streets and so... 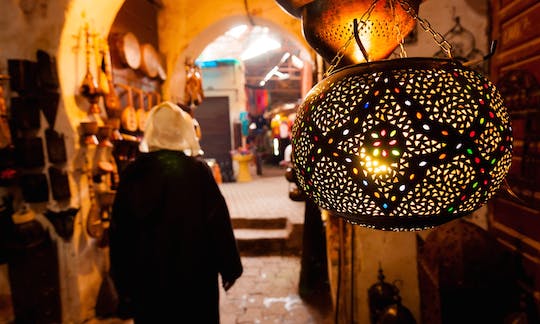 Marrakesh is a buzzing city and it can quickly get very complicated to find its way in the maze of n... 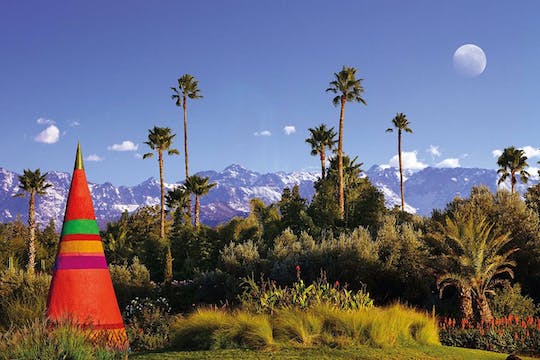 Escape Marrakech to the Atlas mountains to see stunning landscapes and some of the most beautiful ri... 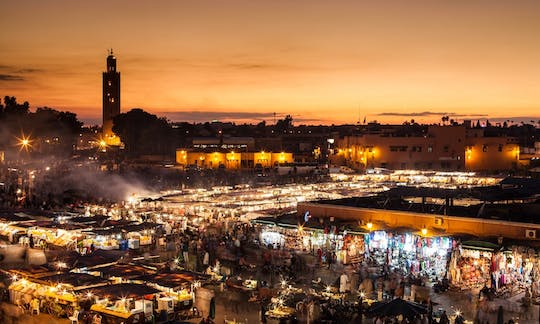 Dinner in Marrakech: an evening at the Palais Arabe restaurant

In the heart of the famous Djemaa El Fna Square, the Palais Arabe helps you experience the glory of ... 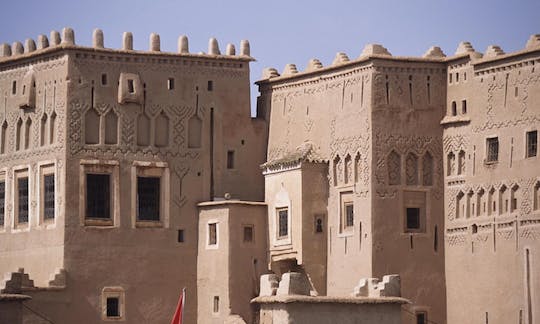 Day 1: Marrakech/ Ouarzazate After a pick-up from your hotel in Marrakech, you will travel to Ouarza...

In this tour, you will visit the must-see sites of Essaouira or what's known as the blue city. Depar... 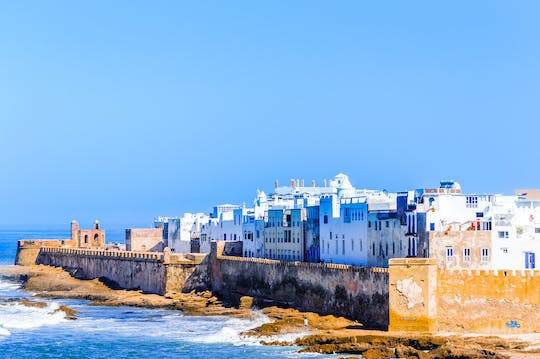 Excursion 4 days in Essaouira from Marrakech

Explore Essaouira, home to a traditional Portuguese harbor filled with Moorish and Portuguese art, i...