Explore Palazzo Vecchio with a professional guide, who will lead you through the sumptuous halls and private apartments of the former residence of the Medici family. The greatest artists of the Renaissance worked in the palace, which is one of the most renowned symbols of the city. Discover Renaissance treasures, but also the secrets of the powerful royal family.

The palace still preserves the austere architecture of the 14th century, with its crenelated top that surrounds the imposing Arnolfo’s Tower, the highest viewpoint of the city after Brunelleschi’s Dome. The interiors of the building, beautifully renovated when the palace became the residence of the Medicis, are instead typically Renaissance and hold priceless treasures and works of art.

After the elegant courtyard by Michelozzo, the tour continues through the imposing Hall of the Five Hundred, the charming and intimate study of Francesco I de’ Medici, the beautiful private apartments of Eleonora of Toledo and Cosimo I de’ Medici and the sumptuous and stunning boardrooms. Enjoy total immersion in an incredible series of frescoes, paintings, decorations and statues by Michelangelo, Donatello, Verrocchio, Ghirlandaio, Vasari and many others.

In front of the Gucci Cafè in Signoria Square. An assistant will be waiting for you wearing blue clothing with Caf Tour & Gray Line logos. 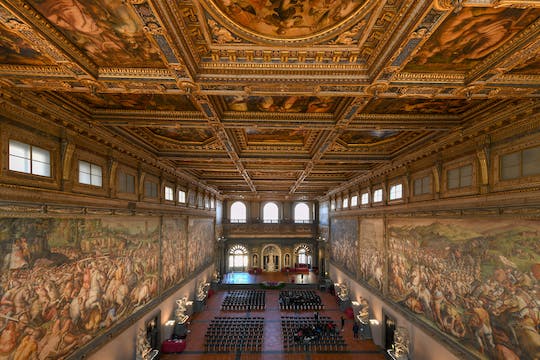 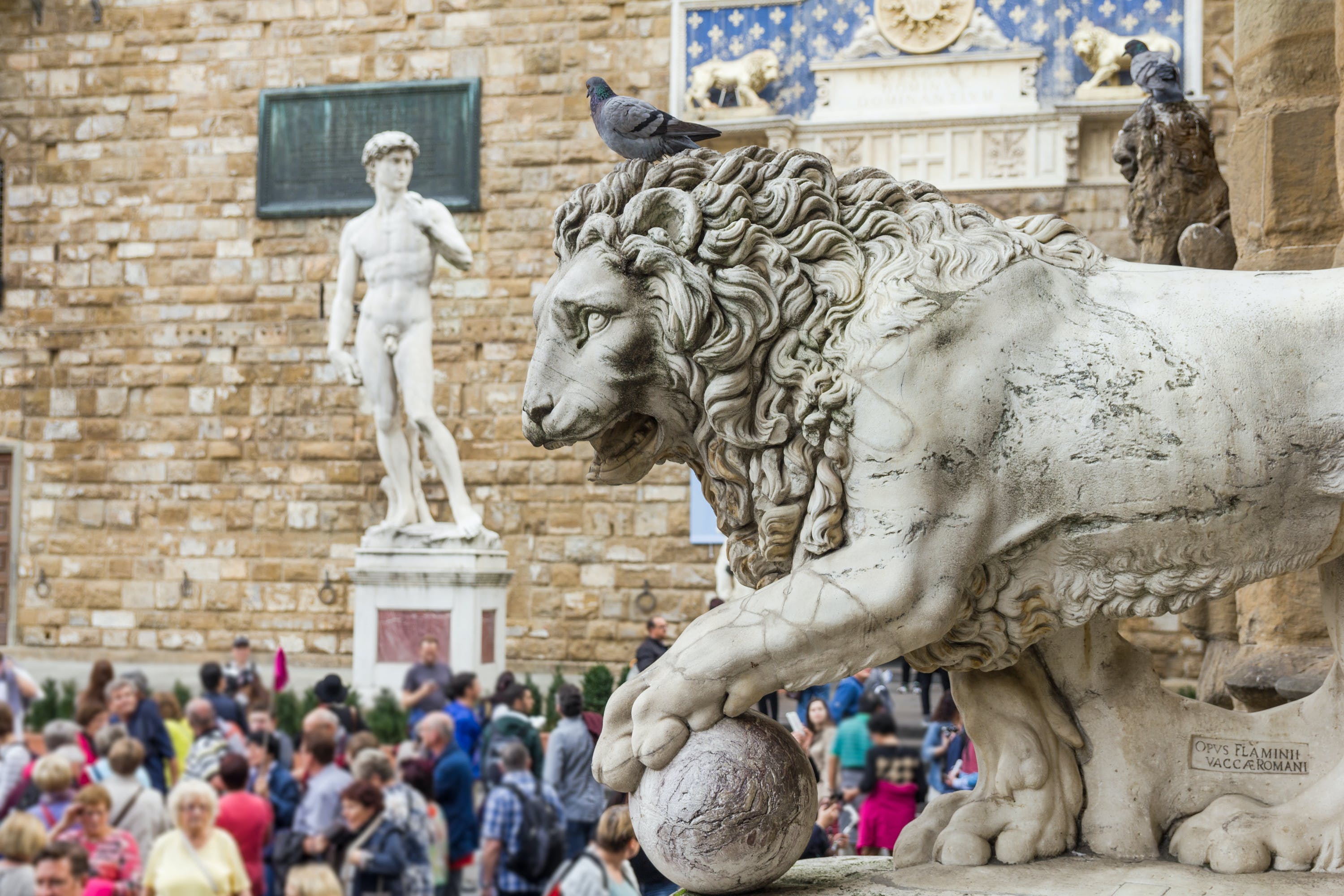 Enjoy total immersion in Michelangelo's art with this ticket to the Accademia Gallery that allows yo... 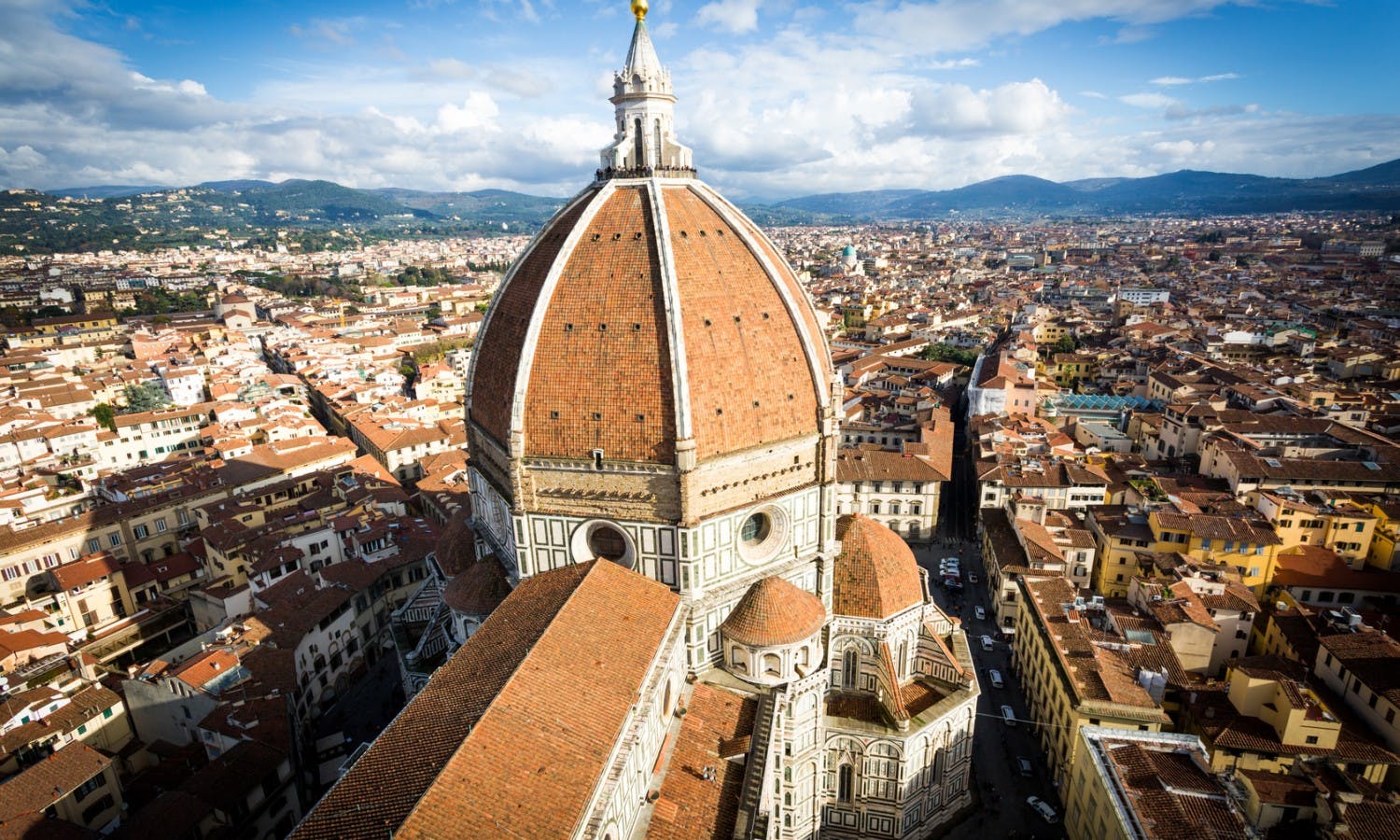 Visit the best of Florence in less than two hours: the Cathedral, the Giotto Bell Tower, the Baptist... Join this cooking class in the heart of the beautiful Florence with the help of an experienced Chef!... 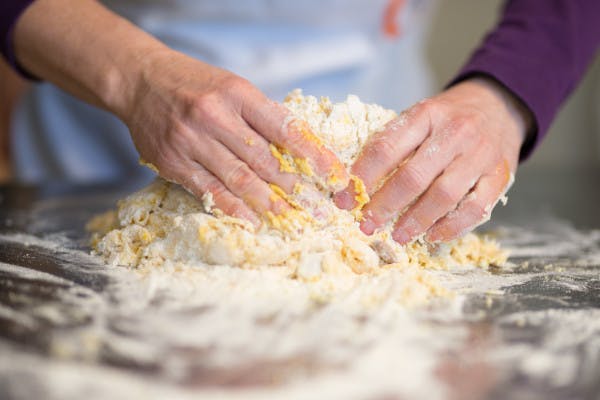 Florence is not only the cradle of the Renaissance, the city of Dante and Michelangelo, the shining ...