Temple tour to Mahabalipuram and Kanchipuram

Travel over 100 kilometers and visit entrancing temples from Kanchipuram to Mahabalipuram on this temple tour.

Visit Kanchipuram and explore one of Hinduism’s seven most sacred cities that dates back to the early Cholas in the second century. This extraordinary place is also known as the Golden City of a thousand temples and around 70 temples of the original temple complex are still intact today and waiting to be discovered.

The most famous temple in Kanchipuram is the Kailasanatha Temple, an impressive structure built entirely from sandstone in the early 7th century. You will also learn that Kanchipuram is famous for its silk weaving and produces beautiful hand-woven sarees. It really is a fascinating place to visit!

You will then drive on to Mamallapuram which occupies a stunning position on a rocky outcrop between the beach and a lagoon. Built by the Pallava rulers in the 7th century, this town comprises of 14 cave temples, nine monolithic Rathas and three stone temples. Prepare to be amazed when you visit one of the largest relief sculptures in the world known as The Great Relief. You’ll be faced with spectacular carvings of spirits, humans, animals and more.

A visit to Mamallapuram would not be complete without seeing the infamous Shore Temple. This building majestically sits on the water’s edge overlooking the Bay of Bengal with an east-facing alter designed to catch the rays of the rising sun. A truly spectacular sight awaits you.

Pick-up from your hotel

What to remember
Read more
When
Read more
Provider
Le Passage to India Tours and Travels Private Limited
Booking fee
Good news! No extra fees are applied to this booking.
Cancellation policy
Receive a 100% refund if you cancel up to 24 hours before the activity begins. 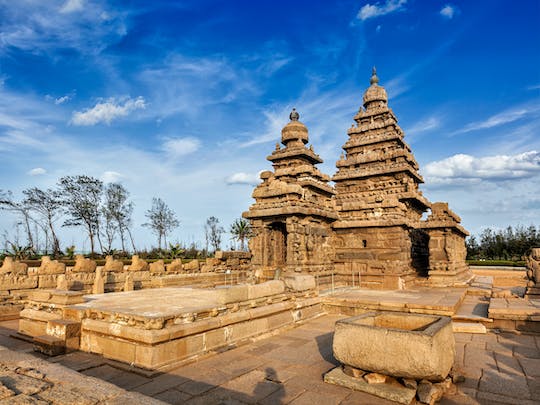 Temple tour to Mahabalipuram and Kanchipuram

Mobile voucher accepted
from:
£ 41
Sorry, it's sold out
Unfortunately all tickets have been sold out for this event Visit the EA Mall & Spencer Plaza to get a real-time experience of the coastal city of Chennai. EA M... Half-day stroll in the markets of Georgetown From the sculptures embedded in its myriad temple walls and through the multitude of dance schools s... 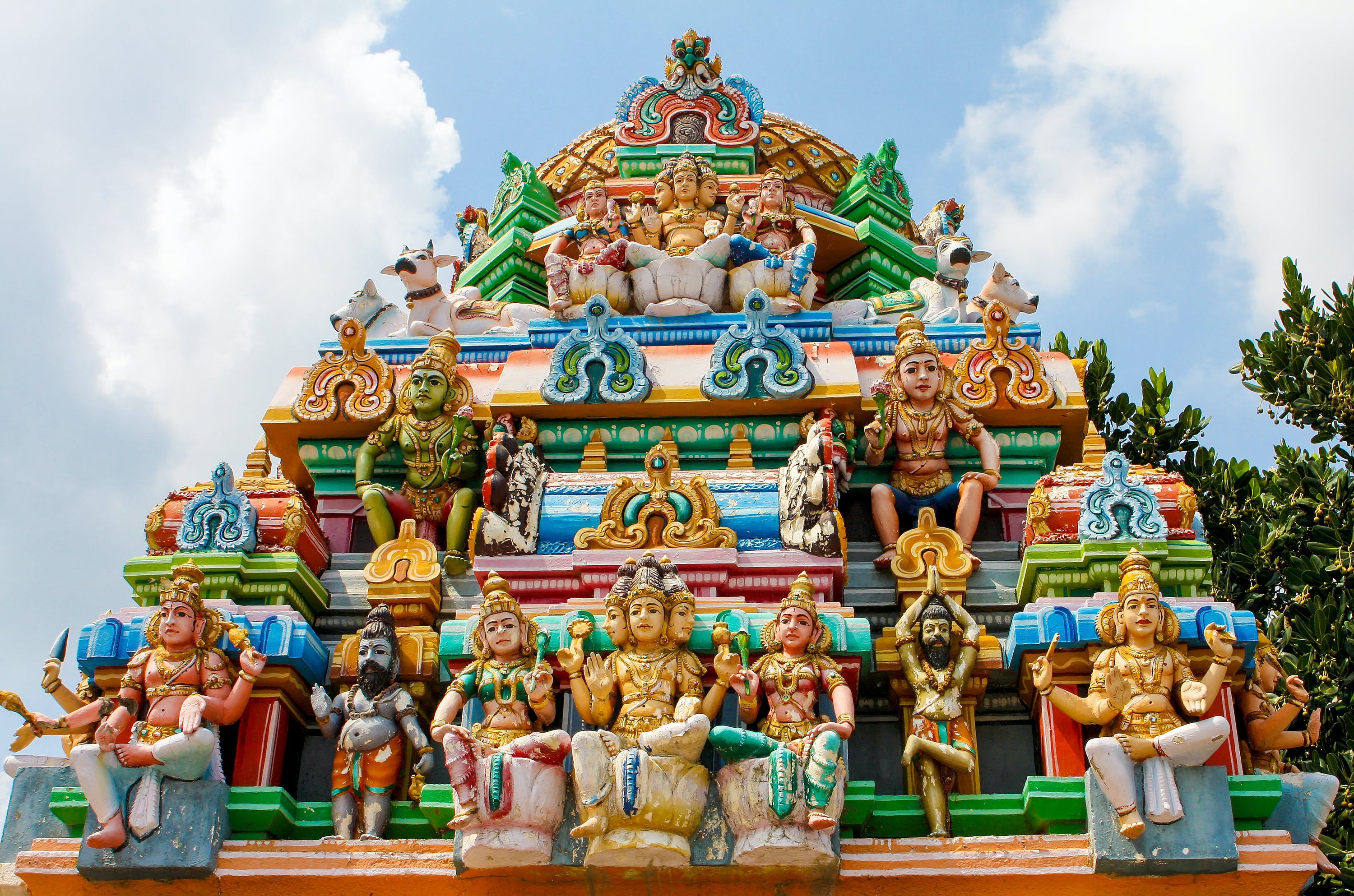 Explore the antiquity of Chennai

Once you get picked up from the hotel, your first destination for the day would be Fort St. George w... Experiencing the charms of Pondicherry

Today, you will be picked up from your hotel in Chennai, at around 7.00am and drive to Pondicherry. ... Full-day private tour of Karla and Bhaja caves from Pune

Get picked up from your hotel in Pune city centre and head to Karla and Bhaja Caves. The Bhaja caves...