Join a fascinating tour around Berlin and learn about the Cold War and life in the most policed state of the Eastern Block. Hear stories about espionage, intrigue, as well as stories about what it was like to live behind the Iron Curtain. Learn about the Stasi (East German State Security), their systems, spy-devices, and people that kept the entire East German population under surveillance for 40 years.

During this walking tour, you will learn about the history of divided Berlin and you will have a chance to see the Palace of Tears, which was a place of dramatic separation of family members and friends. Retrace the trail of the death strip and the Berlin Wall and stand before a guard tower.

Pass through Bernauer Strasse, where you will hear stories about successful and failed escapes and see the site of Tunnel 57 - the most successful escape tunnel under the Berlin Wall.

At the end of the tour, you will have a chance to admire iconic Alexanderplatz.

Meeting point:
Meet outside Friedrichstrasse train station, on the square beside the 'Traenenpalast' (Palace of Tears).
What to remember
Read more
When
Read more
Provider
Insider Tour
Booking fee
Good news! No extra fees are applied to this booking.
Cancellation policy
Receive a 100% refund if you cancel up to 24 hours before the experience begins. 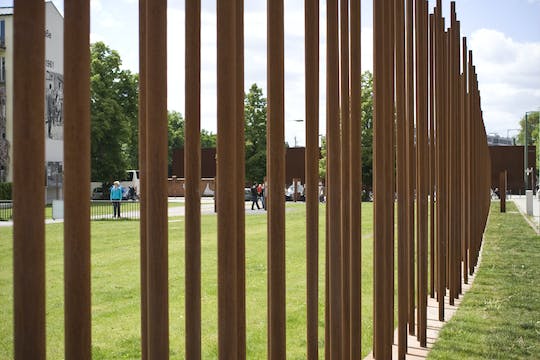 Mobile voucher accepted
from:
£16.00
Sorry, it's sold out
Unfortunately all tickets have been sold out for this event