The first time you see the Sagrada Familia, you’ll probably be unsure of what to make of it. With tall airy spires that seem to defy gravity and seemingly cartoonish artistic details, Gaudí’s most ambitious project challenges and stuns over 3 million visitors per year. Today, it’s the most visited building in Spain but the long lines here are of no concern as our tickets are pre-booked and you’ll step right inside. Your English-speaking local guide, an expert in all things Gaudí, will share stories and anecdotes that will help you get the most from your visit.

You’ll marvel at the two stunning completed façades and eight dizzying towers inspired by the peaks of Barcelona’s holy mountain Montserrat. After more than 100 years of tireless work, the façade is still under construction and it’s easy to appreciate why. Your guide will share tales of Gaudí’s love affair with his final work, how he considered the project his personal holy mission, and the great personal sacrifices he made to ensure its completion. Sadly, he would not live to see it finished. Such was the complexity of the design that despite taking on the project at 31 years of age, Gaudí only lived to see the completion of one facade, one tower, the apse, and the crypt. You’ll feel as though you have stepped into an alternate universe. Gaudí’s characteristic dislike for straight lines will become disorientingly evident as you pass beneath rows and rows of tree-like pillars. Though construction is ongoing and not estimated to be completed until 2030, much of the Basilica can be visited today. The entrance fees collected from groups such as this one continue to ensure enough funding to see Gaudí’s dream through to completion. The Basilica was consecrated and declared a minor Basilica in 2010 by Pope Benedict XVI. Whether you have visited the Sagrada Familia already or this is your first time, this constantly evolving masterpiece will never fail to surprise and inspire you!

After having marveled at this unique site, and enjoyed a quick lunch on your own during your free time, you are ready to visit this unique gem of Barcelona, Gaudi's Park Guell! As in the previous stops, the long lines here are of no concern as your tickets are pre-booked and you’ll step right inside

Explore the marvels of Gaudí’s creations as your guide will bring you back in time with the interesting stories about the early 20th century when Gaudí was first commissioned for this project. Park Güell was originally meant to be a gated community for Barcelona’s wealthy inhabitants. The architectural design of his Park Güell seems nothing less than a natural consequence of his fixation with nature, which envelops every element of the park. Whether truly natural or constructed, the elements fit seamlessly and harmoniously together. Often the architecture, like the flora, seems to grow out of the ground. Here you’ll have an hour to relax and take in the forms, colors, and spectacular panoramic view of Barcelona before your tour finishes inside.

Please meet your guide 15 minutes before each departure time. Each visit has a different meeting point:

Sagrada Familia: Just across the road from the group entrance to the main façade of the Sagrada Familia (Nativity Façade), your meeting point is in Carrer de La Marina, next to the lake in Parco de Plaza de Gaudi, under the big spotlights.

Park Güell: Meet your guide along Carrer D'Olot, at the junction of Carrer D'Olot and Carrer de Marianao. Your guide will be waiting with a City Wonders sign.

What to remember
Read more
Provider
City Wonders
Booking fee
Good news! No extra fees are applied to this booking.
Cancellation policy
Receive a 100% refund if you cancel up to 1 day before the experience begins. 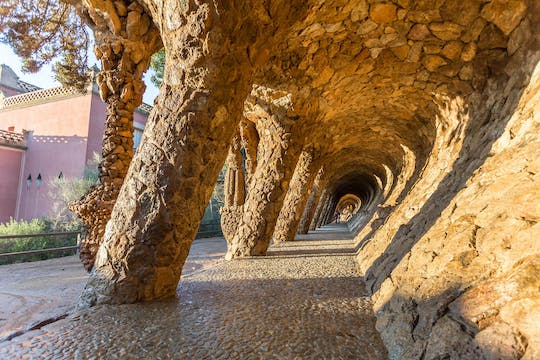 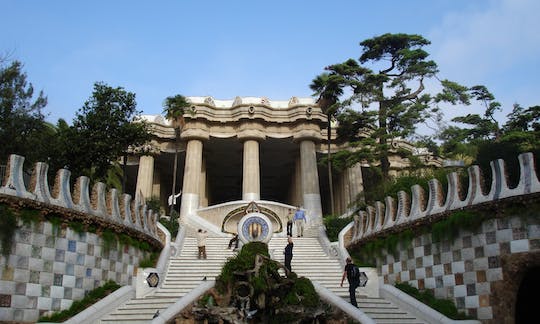 Visit Park Güell and Sagrada Familia, two of the most important attractions in Barcelona. Book your tickets and guided tours now!

free cancellation
Duration up to 3 hours 15 minutes
Available in: 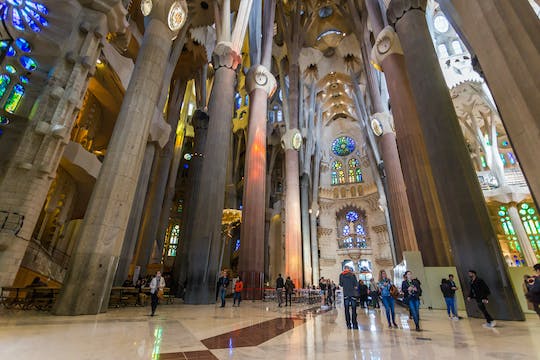 Book your Sagrada Familia express guided tour. Avoid all the queues and head straight inside the basilica with your guide. Book this guided visit with skip the line entrance to two of the most visited sites in the world! Discover Barcelona today and don't miss out! 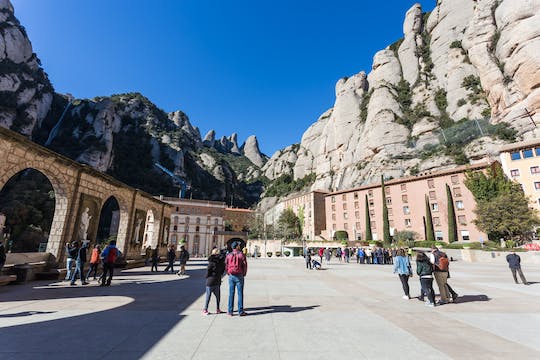 Book your Montserrat Express half-day tour from Barcelona with Musement. Discover the ancient Benedictine Monastery and of the world famous Black Madonna statue on this half day tour.

free cancellation
Duration up to 4 hours 45 minutes
Available in: 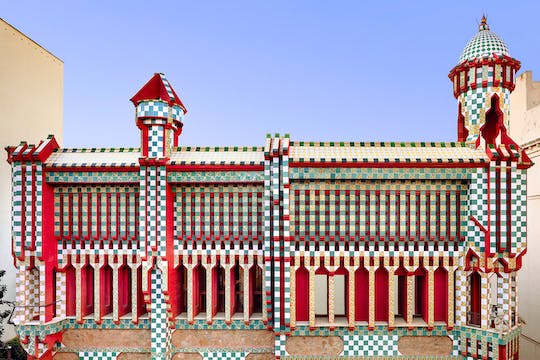 Enjoy a personalized tour of Casa Vicens! Visit the building with an expert guide and learn more about Antoni Gaudí's work and its significance.

Duration from 1 hour 15 minutes to 1 hour 30 minutes
Available in:

free cancellation
Duration up to 1 hour 45 minutes
Available in: 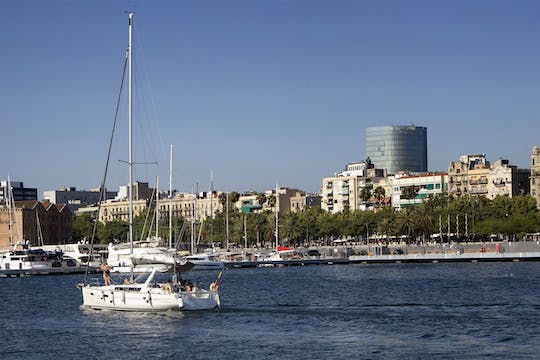 Jazz and chill out catamaran sail

free cancellation
Duration up to 1 hour 30 minutes
Instant Confirmation
from:
£15.00