In Barcelona, history and traditions go hand in hand with emerging fashion and new trends in cuisine, culture and art. Barcelona offers the possibility to enjoy the sea as well as the mountains. Julia Travel proposes an itinerary that will allow you to enjoy the most emblematic sights the city has to offer.

We will start with a sightseeing tour from the bus that will take you up the elegant Passeig de Gràcia, where you will see the most famous Gaudi houses, casa Batlló and La casa Mila (La Pedrera) as well as other majestic buildings of the Modernism era.

We will take you to the sea where you will be able to admire the intense changes the city underwent with the organisation of the Olympic Games in 1992. You will drive by the Arc of the Trionf, Ciudadela Park, the Olympic Village, the Olympic Port, the beach and the fisherman’s quarter, called Barceloneta, the Port Vell, Plaza (square) de Colon with its famous Columbus monument, indicating which way he sailed to discover the Americas. This point is also the beginning of the famous Ramblas of Barcelona. We will continue the visit driving up Montjuïc where we will make a short stop in Olympic Stadium Lluis Companys. We will continue driving up till Montjuïc Castle where you will enjoy a cable car ride with precious views of the city. The bus will pick you up at the last station and we will continue our Montjuïc visit passing by the sports facilities built for the 1992 Olympic Games: the Lluis Companys stadium, the Palau Sant Jordi, the Olympic swimming pool Picornell until we get to the Spanish Village. We will visit this charming place where you will admire a collection of traditional buildings from all over Spain, and a demonstration of a selection of the handcrafts made in this country.

After the visit of the Spanish village, we will leave the Montjuïc behind and go back down to the city centre. During the drive back to the city centre you will be able to admire the Venetian Towers, the Montjuïc fountains, the MNAC and the CC, “Las Arenas” rebuilt over the ancient “PlazadeToros”(bullrings).

We will arrive at the Plaza de Catalunya, the starting point of the guided walking tour of the old city centre. Our guide will take you to the Ramblas, Cathedral Square, threw the narrow street of the Gothic quarter and to plaza Sant Jaume where the City hall is located and the headquarters of the Catalonian government. Our tour finishes at the Plaza de Catalunya, in front of the Hard Rock Café, where we offer you the lunch and includes a choice of Main Course: Hard Rock Burger/Hard Rock Cheeseburger/Veggie Burger/Honey Mustard Chicken Sandwich. Choice of Beverage: Soft Drink, Coffee or Tea.

When you finish lunch must go to Julià Travel Office, at 10 min walking from the restaurant.

Barcelona is known as the capital of Modernism and the place where the famous architect Antoni Gaudí worked and lived. Gaudi, one of the greatest innovators of his time, has left behind numerous treasures for the discerning tourist to discover in Barcelona. This Artistic Tour of Barcelona starts at the Julia Travel Office (Balmes 5), we will take you to the Sagrada Familia (Holy Family) Basilica, Gaudi's unfinished masterpiece which is Barcelona's most famous landmark. The guide will take you on a walking tour of the exterior of the Sagrada Familia, to admire the richly and symbolically decorated facades, where vaults reach up to seventy meters.

Next you will discover Gaudi's bizarre Park Güell which has been declared a UNESCO World Heritage Site. Be careful, it's easy to get lost in the whimsical design of this bizarre but compelling public park with a perfect integration of the architectural elements in nature.

NOTE FOR HIGHLIGHTS: From the end of January to the beginning of March (dates to be confirmed) the cable car doesn't work due to revision tasks, this service will be replaced by a tapas tasting in Spanish Village. The stop at Olympic Stadium will be performed whenever there is any event that prevents access to the stadium.

NOTE FOR ARTISTIC: From 1st of November to 31st of March we will visit the Park Güell before then Sagrada Familia.

Meeting point:
What to remember
Read more
When
Read more
Provider
Julia Travel
Booking fee
Good news! No extra fees are applied to this booking.
Cancellation policy
Receive a 100 % refund if you cancel up to 1 day before the activity begins. In Barcelona, history and traditions go hand in hand with emerging fashion and new trends in cuisine... 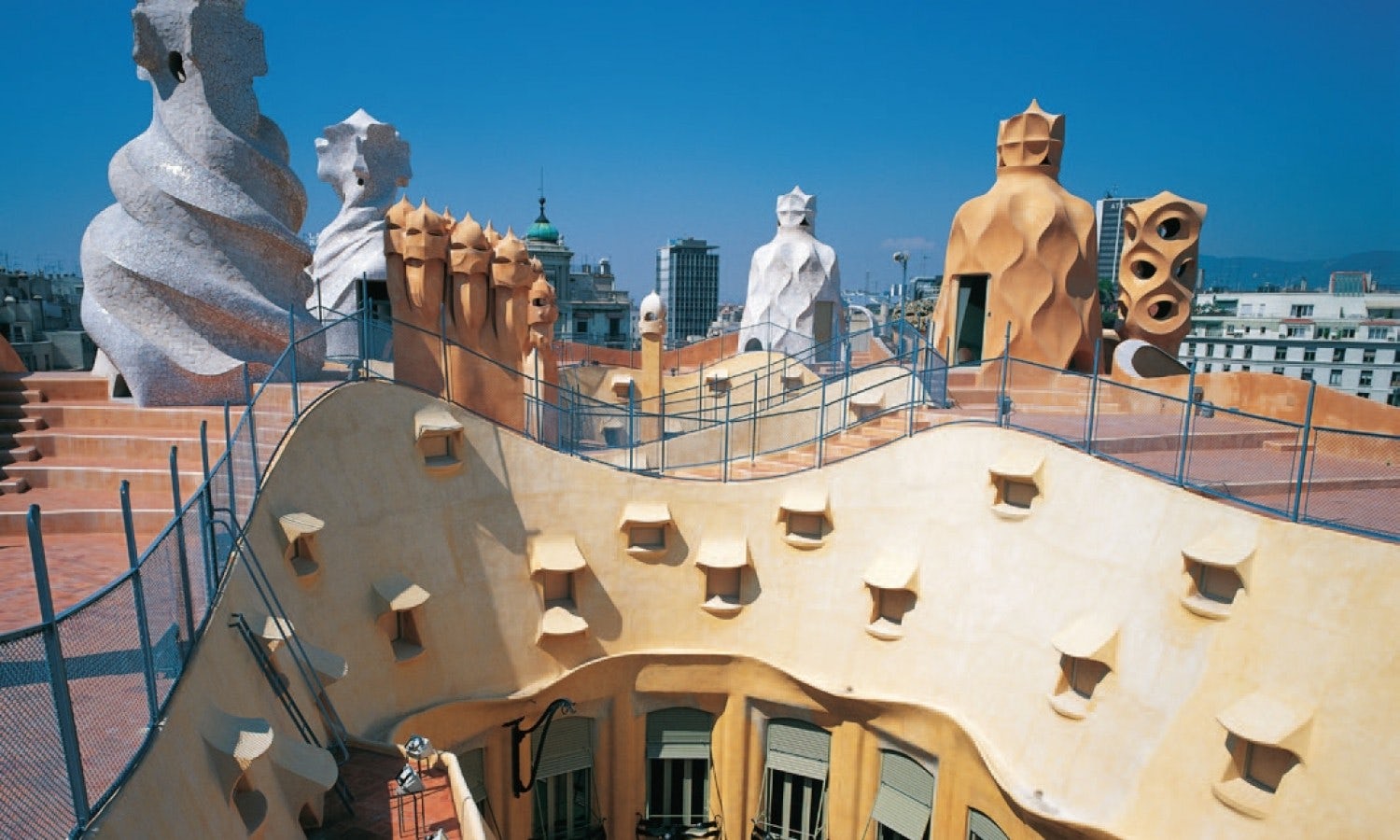 Tour of Gaudí's Art in Barcelona 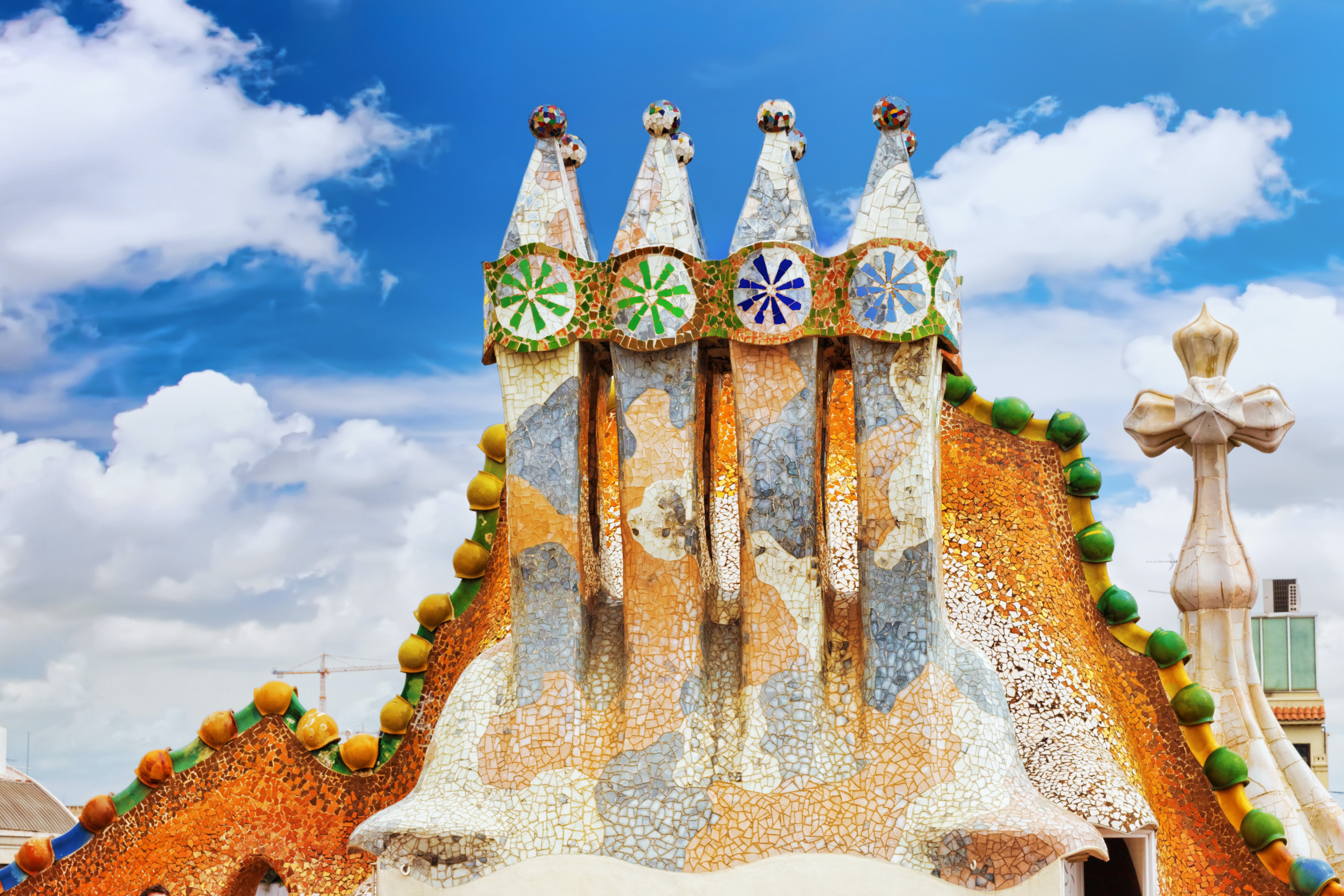 Departing by bus from Plaza Catalunya with an expert guide, you'll discover the magical and elegant ... 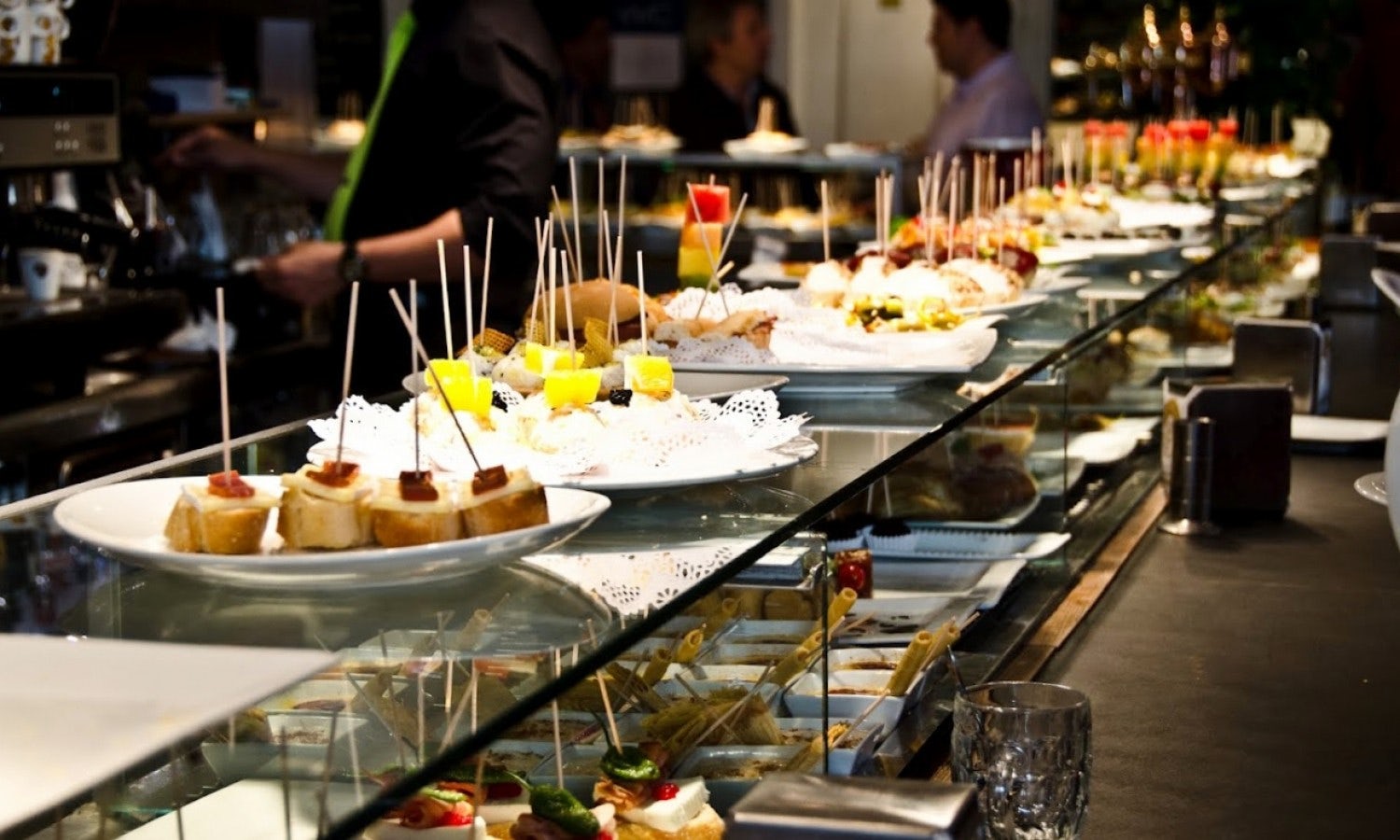 The Barcelona Tapas evening, that lasts 2 to 3 hours, combines gourmet food and Catalan culture on a... 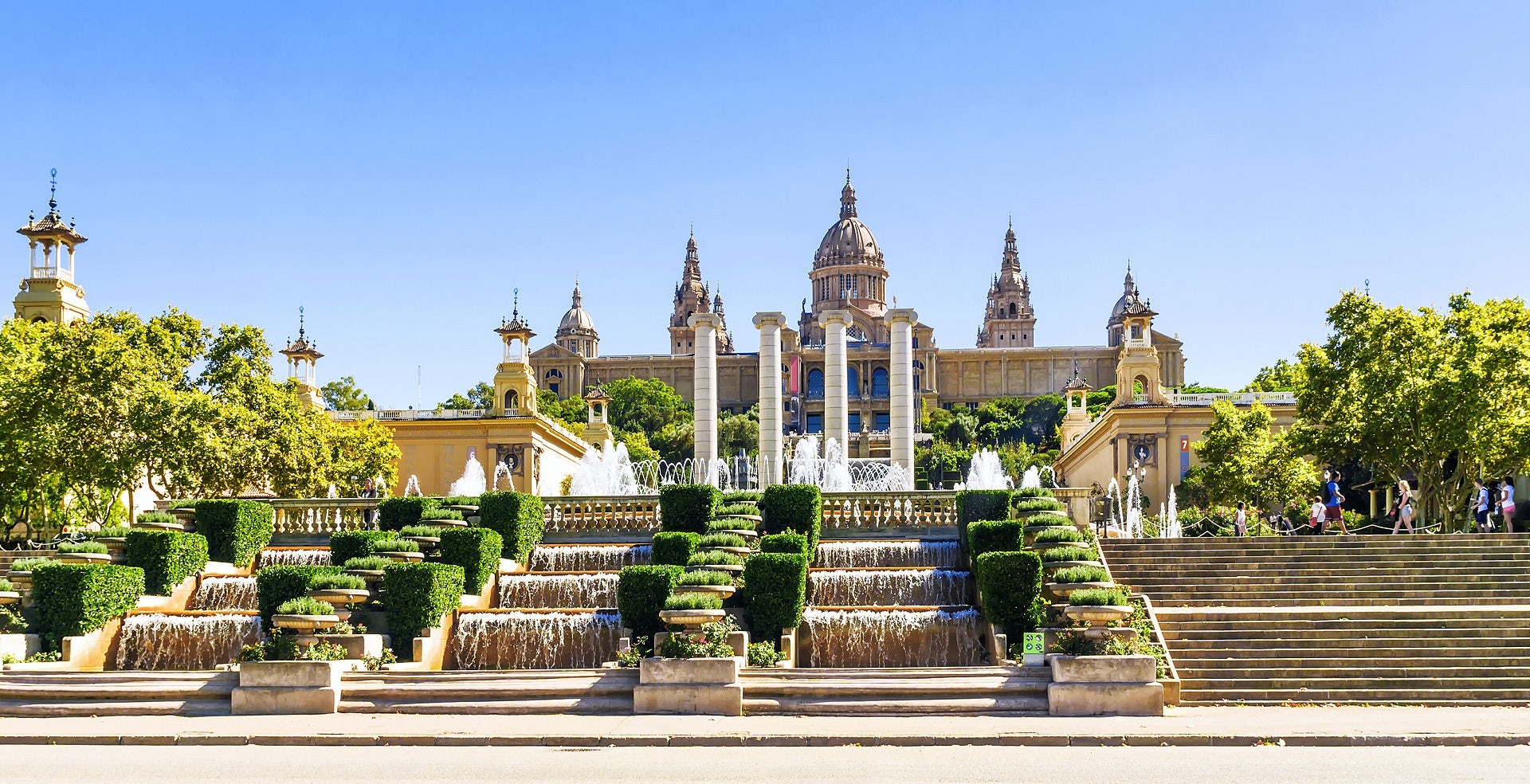 With the Montjuïc & Panoramic Tour you get the privilege to soak in outstanding views and city lands...

The Montserrat Afternoon Tour with Cog-Wheel Train is a unique experience to live if you plan on vis... A combination of our two most popular tours, this package shows you all the highlights in one exciti... 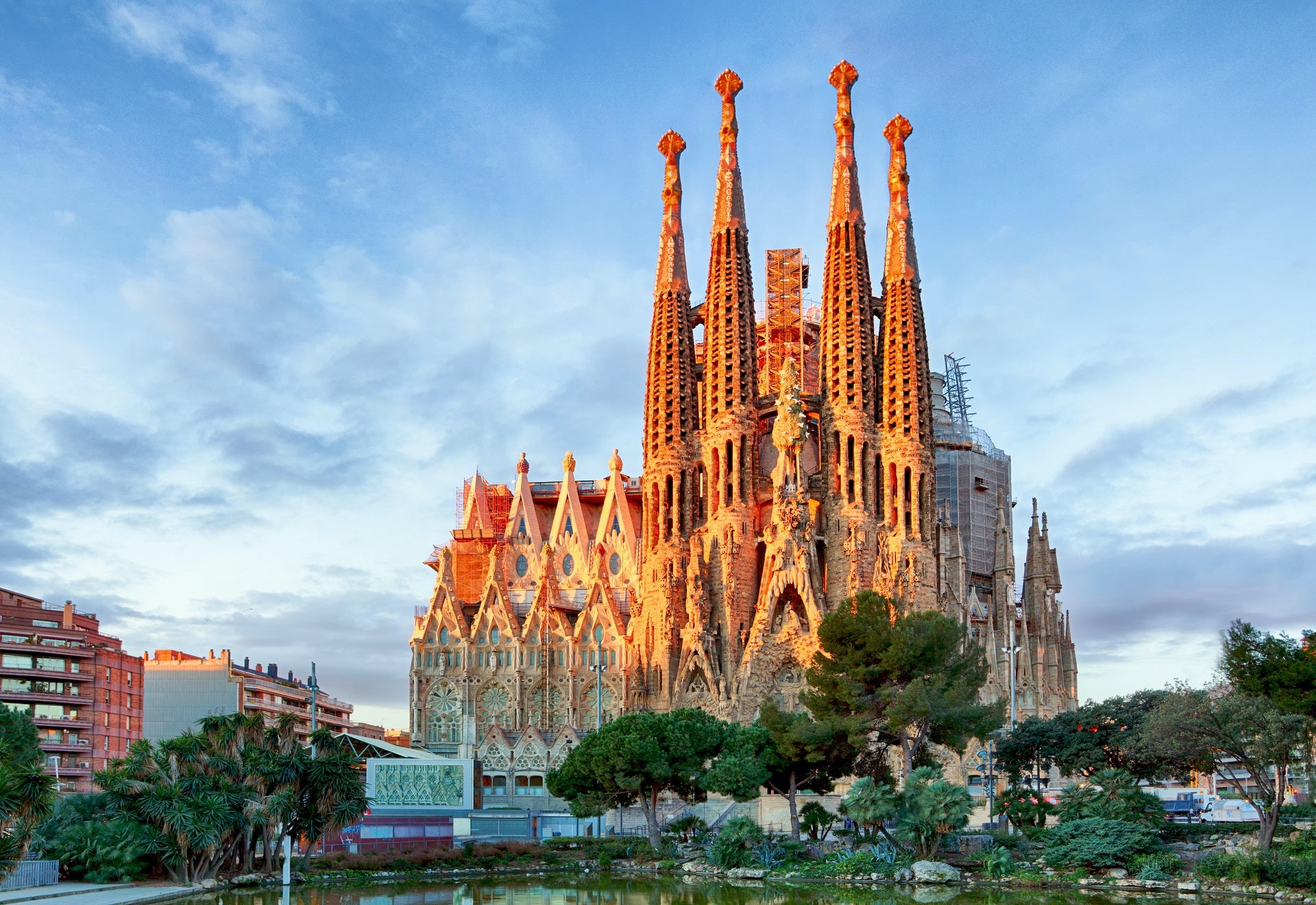 Have fun with your friends with this unusual Barcelona nightlife tour!A limousine will pick you up f... 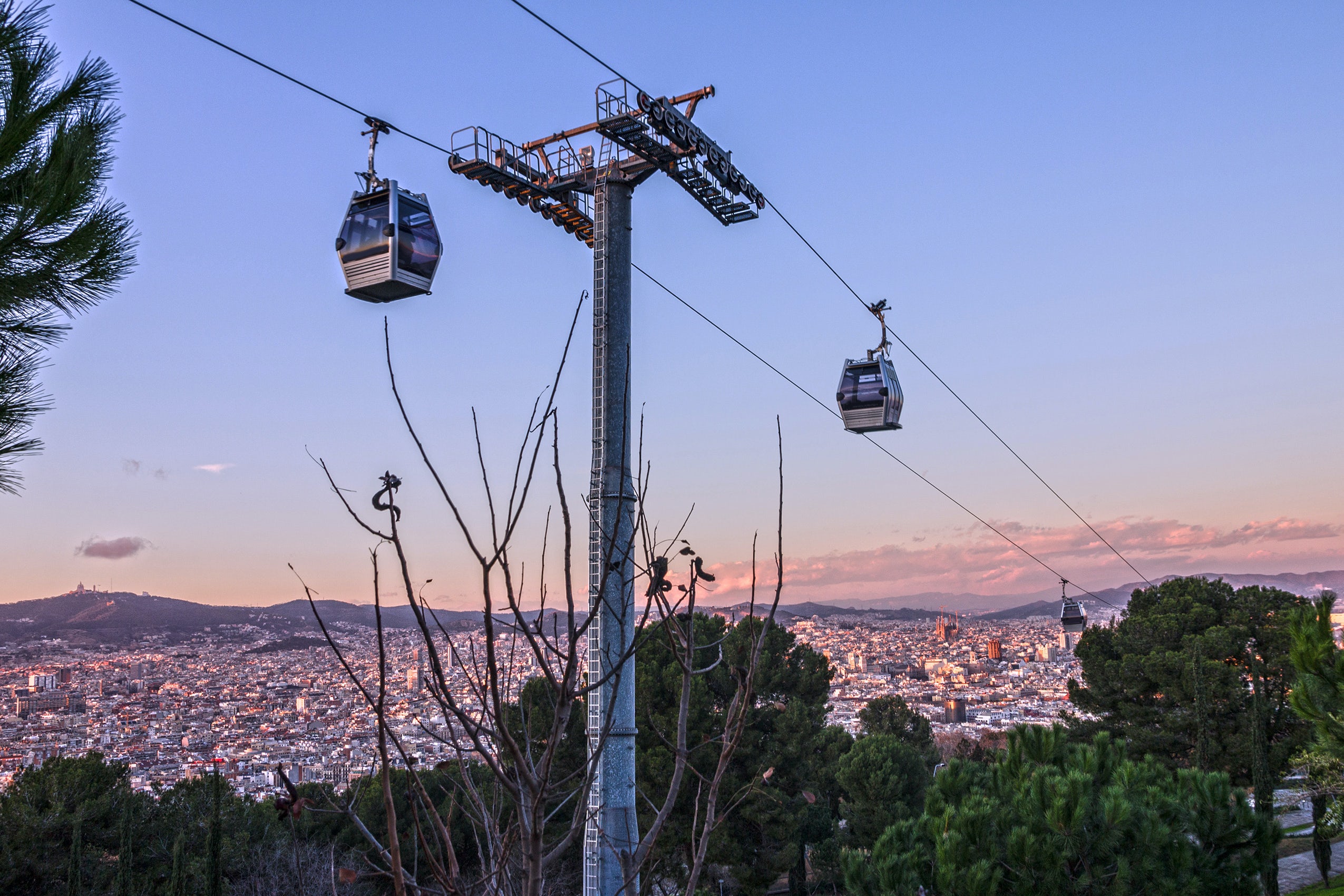 Barcelona
View all experiences
from:
£ 77